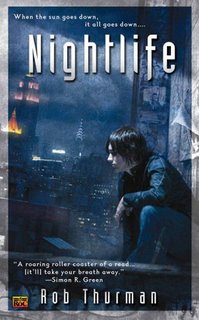 Rob Thurman is a woman. And if you thought Nightlife was good, then get ready for part 2: Moonshine.