‘In managing to reach people via the internet first, and then breaking into the traditional book industry that way, she has become her generation’s first literary phenomenon… Her character-driven books have generated an excitement not felt in the industry since Stephenie Meyer or perhaps even J. K. Rowling’ New York Times

‘A Tolkien for our times’ Wall Street Journal 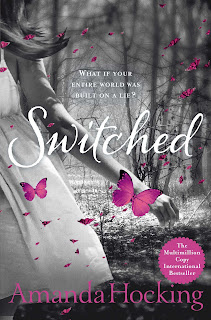 Amanda Hocking is 26 years old, lives in Minnesota and had not sold a single book before 15th April 2010. She has now sold over one million ebooks. She is a self-publishing phenomenon.

Her bestselling Trylle Trilogy is now to be available in paperback and ebook formats with additional, unseen and exclusive content. Acquired through a fierce international auction, Pan Macmillan will publish Switched, the first in the trilogy in January 2012. Followed by Torn in March and Ascend in April. Amanda Hocking’s previously unpublished and highly anticipated new Watersong series, will also be published by Pan Macmillan from September 2012.

Amanda explained her decision to sign with Macmillan globally to her many fans on her blog, ‘I want to be a writer. I do not want to spend 40 hours a week handling e-mails, formatting covers, finding editors, etc. Right now, being me is a full-time corporation.’ 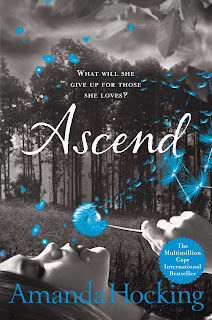 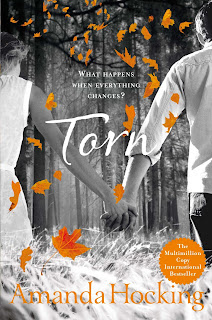 Switched introduces the reader to Wendy Everly. She first knew she was different the day her mother tried to kill her, accusing her of having been switched at birth. Although she’s certain she’s not the monster her mother claims she is, there is a secret she keeps from everyone. Her mysterious ability to influence people’s decisions, without knowing how, or why.

When handsome newcomer Finn turns up at her window, her world is turned upside down. He holds the key to her past and is the doorway to a place she never imagined could exist…

On Saturday, 21st January, Amanda Hocking is doing a signing at Forbidden Planet at 1-2pm.  This is her first trip to the UK and I know the FP folks will treat her well. Tor UK have bought Switched, and copies will be able to buy to get them signed.


***
I read this morning's article in The Guardian and I liked Amanda's gutsy attitude.  Yes, she had done the self-publishing and e-book thing, but I like that she wants to be known for her writing and her storytelling, rather than her breakthrough success and subsequent publishing deal that had everyone talking.  I approve of this mad bad attitude of hers and wish her the best of luck.  We're reviewing Switched soon and look forward to bringing you the review!

I am completely intrigued by Amanda Hocking! I am so impressed by the way she has managed to get published and I am curious to meet her.

Like Vivienne I'm completely intrigued. I definitely to give Switched a go, I shall look forward to your review.

I've heard so much about her and her success, I'm looking forward to your review to find out more about the book itself.