The Unnaturalist by Tiffany Trent

I am so excited about this steampunky alternate history novel coming from my friend and author Tiffany Trent later this year.  Amazon tells me August and I've had a look on Simon & Schuster's website and it's not even listed yet as it is too far away, but I'm bouncing already.

Look at this incredible cover: 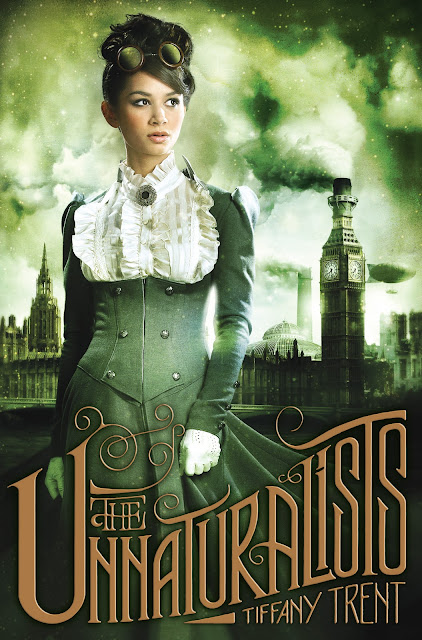 And here is the bit of blurb about it:


In an alternate London where magical creatures are preserved in a museum, two teens find themselves caught in a web of intrigue, deception, and danger.Vespa Nyx wants nothing more than to spend the rest of her life cataloging Unnatural creatures in her father’s museum, but as she gets older, the requirement to become a lady and find a husband is looming large. Syrus Reed’s Tinker family has always served and revered the Unnaturals from afar, but when his family is captured to be refinery slaves, he finds that his fate may be bound up with Vespa’s—and with the Unnaturals.

As the danger grows, Vespa and Syrus find themselves in a tightening web of deception and intrigue. At stake may be the fate of New London—and the world.

Doesn't it just make you want to rush out and pre-order it? I know, I have - fortunately for me I had a sneak peak of one of Tiffany's very very early drafts some time ago and let me just say, she may be a friend and all....but she can bloody write good words!

Check out this blog post of hers in which she is giving away copies of stuff to celebrate the announcement of The Unnaturalists. I'd like to point out that the competition is international. Isn't that grand?
Who wrote this? Liz at 8:33 am

Email ThisBlogThis!Share to TwitterShare to FacebookShare to Pinterest
Labels: Simon and Schuster, the unnaturalists, tiffany trent

OMG! I just love that cover! It sounds AMAZING.

Okay yes this is definitely going on my wishlist :)

That is just a stunning cover! And thanks for the heads up on the giveaway, off to check that now :-D

OMG first Sarah forces me to buy 2 books and now you are making me pre-order :D D:
Just love MFB <3