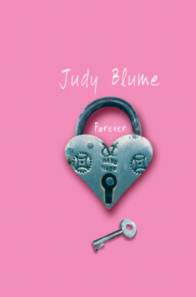 Thanks to Karen Mahoney (blog pimp extraordinaire) I've had the opportunity to meet Adele, the driving force behind an upcoming and very green blog called Persnickety Snark who lives in Australia. Adele and I got chatting via email and I sensed that she had something to offer MFB so I asked her to do us a guest blog. She readily agreed and wrote this very thought provoking piece which I am very happy to post.

My Square Heart, by Adele of Persnickety Snark

I am going to make a confession. I was always the square at school, the kind of girl that other kids mocked and laughed evilly at as they drew squares in the air with their pointer fingers. I always did the right thing, finished my work, used my manners and was rightfully stroppy when the boys would try to snap my bra strap. But there was one time I got in trouble in grade seven, serious trouble, straight to the deputy principal’s office kind of trouble.

Have I captured your attention yet? I sure grabbed his as I sobbed uncontrollably, shocked that my mere presence had passed through the threshold of that dreaded office. Having sat in that chair, in that office and in that position, I now know that he would have been just as uncomfortable as me ... but for completely different reasons.

The book was written by Judy Blume, the fabulously delightful and uber-iconic Judy Blume. I wasn’t trying to increase my bust or relate to the sibling issues of Peter Hatcher – though I had done both in the years before this incident. No, I was expanding my knowledge of sex by reading about Katherine, Michael and Ralph in Forever. Of course, being the very sheltered, inexperienced kid that I was, I couldn’t help but pass on this novel to my friends for them to read too.

I didn’t get into any real trouble as I frightened easily. I can’t even remember the probably stilted and embarrassed discussion with the Deputy about the “inappropriateness “of this book. I just know that I felt bigger because I had read that book. Bigger, older, more mature.

It didn’t make me want to rush out and have sex. It made me want to wait for someone to come along that I loved. Someone who wouldn’t eventually be a tool like Michael was. I got more information on birth control and responsible decision making in the pages of that book then I did in all the brief sexual education lessons that I ever sat through in primary and high school combined. I felt that I was worthy of sharing this knowledge with.

Looking back on it, as an education professional I would have had the same reaction to a twelve year old passing that book around. I would have been immediately concerned about parental reaction to their child being “exposed” to this material. There is nothing scarier than an angry parent; it’s ten times worse than being in the principal’s office. Ultimately reading that book made me more realistic and less idealistic about love and the physical manifestation of it. Maybe that’s a loss but I think it stood me in good stead through high school.

Here I am, fifteen years later, and I am still the same square I was in seventh grade. I haven’t read Forever since then but I remember it fondly while also recalling dissolving into tears in that office. I had to look up the main character’s names but I remembered Ralph – who could forget him? I can also recreate word for word the sister’s apartment where the deed was done that first time. It’s weird how a person’s memory works.

Forever was seminal in my adolescence. It was the cause of twenty minutes of uncontrollable sobbing and a week of wrenching embarrassment. It was also the foundation for many of the fantastic decisions I made in high school. Judy Blume wrote many great books, many that I can remember with startling clarity and recommend to my own students but Forever will always have a special place in my square heart.
I have to admit that I have not read Forever. I did however read a book so controversial in South Africa that it was passed around at schools and amongst friends in secret - it was called Griet Skryf 'n Sprokie - which roughly translates to Griet writes a fable. The book was controversial because it portrayed a very confused and unhappy young woman in a marriage where she felt like an outsider. The novel opens with Griet trying to commit suicide, by putting her head in the oven...and it's whilst she's got her head in the oven, and she notices how dirty it is inside, that she realises the futility of what she's doing, especially as the oven is an electric oven and not a gas stove. Written with humour and a keen eye, the novel caused a rumpus - the church was against it, the schools were against it, yet it's been reprinted time and again since it was first published in 1992. The reason why it was so controversial: it portrayed marriage as something other than perfect. It also had one of the first actual sex scenes in an Afrikaans book, and ye gods, the ruckus that caused! *chuckles*
Reading books like Forever and Griet creates a very personal relationship between reader and book. Sometimes others just don't get it, you buy a book on a recommendation, you read it and think, okay, so what was the fuss about? You put it down and pick up something else that strikes that unidentifiable chord in you.
I can name several books like this, which I have in turn forced Mark to read - some he completely "got" and others he just looked at me and you could see him going "what is she on?"
I'd like to do more guest blogs like this with readers of this blog - if any of you would like to reminisce about a book or an author who has changed the way you read or what you read, drop us a line. We're happy to hear from you!
Who wrote this? Liz at 9:30 am

Great post. Wow, we passed Forever around at school too, but no one ever got into trouble. I think our teachers were relieved to see us reading that instead of Flowers in the Attic! ;)

Have you read A Bad Boy Can Be Good For a Girl, Adele? I highly recommend it. It's by Tanya Lee Stone.

I thoroughly enjoyed reading this. Thanks very much, Liz and Adele.

I think one of the girls stupidly told their mother what we were reading. My mum, however, encouraged me to read and determine for myself what was right or wrong. It was my grandmother who gave me the book, not knowing the content as she didn't read the blurb just the author's name lol.

Luisa, I haven't read A Bad Boy Can Be Good For A Girl, sounds absolutely delicious! Is it a newbie? and where can I get my mitts on it?

Thanks for the encouragement.

What an awesome guest post - wonderful stuff, Adele! And thanks for hosting her, Liz & Mark. :)

I loved Judy Blume when I was in school... *sigh* ARE YOU THERE GOD? IT'S ME MARGARET... How can you not love that book, especially if you read it as a child.

That was very interesting. I think I've only ever read maybe one Judy Blume, but I guess it applies to all controversial books.

Yup Forever made the rounds at my school too.

Wonderful post, Adele. I, like many other girls I beleive, made positive choices after reading Forever. It's a shame some schools and teachers react so badly towards it. If I ever have a daughter she'll get a copy when she's twelve!