MFB is really proud to have a guest blog from Graham Joyce today.  It coincides with the publication of his new novel: Some Kind of Fairy Tale. 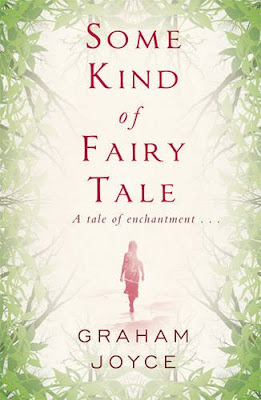 About the new book:

It is Christmas afternoon and Peter Martin gets an unexpected phonecall from his parents, asking him to come round. It pulls him away from his wife and children and into a bewildering mystery.

He arrives at his parents house and discovers that they have a visitor. His sister Tara. Not so unusual you might think, this is Christmas after all, a time when families get together. But twenty years ago Tara took a walk into the woods and never came back and as the years have gone by with no word from her the family have, unspoken, assumed that she was dead. Now she's back, tired, dirty, dishevelled, but happy and full of stories about twenty years spent travelling the world, an epic odyssey taken on a whim.

But her stories don't quite hang together and once she has cleaned herself up and got some sleep it becomes apparent that the intervening years have been very kind to Tara. She really does look no different from the young women who walked out the door twenty years ago. Peter's parents are just delighted to have their little girl back, but Peter and his best friend Richie, Tara's one time boyfriend, are not so sure. Tara seems happy enough but there is something about her. A haunted, otherworldly quality. Some would say it's as if she's off with the fairies. And as the months go by Peter begins to suspect that the woods around their homes are not finished with Tara and his family...

The first story I researched for Some Kind Of Fairy Tale was that of Thomas the Rhymer who, according to lore, was a Berwickshire poet and a prophet of the thirteenth century.  He is thought to be the prototype of the legendary Tam Lin, also a poet.  The ballads associated with Thomas and Tam tell how they either kissed or slept with the Queen of Elfland and either rode with her or were otherwise transported to Fairyland.

There are many versions, but the abductees always pay a price for this dalliance.  A key moment that confirms their fate is when they drink or eat the food of the fairies.  They are gifted with poetry but also with a terrible kind of insight or power of prophecy that puts them beyond humanity.

There is a strong tradition in other folk tales that time moves differently in Fairyland, and that this is part of its enchantment.  The inspiration for this was not the  Rip Van Winkle story but many Welsh and Irish folk tales that assert this feature of Fairyland, and when I came to investigate this supernatural lapse of time in Fairyland I also found it upheld in Lapp, Slavonic and German stories.

I did initially think that these traditions were largely Celtic but I was way wrong, as the above shows.   But before I found that out I was immersed in the Irish stories of Tir Na Nog.  It was an otherworld  - not an afterlife – a place of eternal youth and beauty.  Music, heroism and all pleasurable pursuits came together in a single place.  Oisin the hero is taken by invitation – you get there across the sea by horse – but when he wants to go home he is devastated to find that 300 years has gone by.

While all this was swimming around in my head I happened to go to Norway and I was in a cabin with some musicians and a woman stood up to sing an old folk song that made the hairs stand up on the back of my arm.  When I asked her what it was she told me it was the story of LittleKirsty, who went into the forest and was abducted by the Mountain King who appears on a white horse.  Same story, genders reversed.  The fairies give her a drink laced with “bewildering corn”.  I found there to be countless Scandinavian versions – tales and songs – of abduction by the Fair Folk. 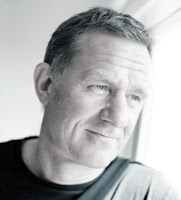 Readers familiar with my writing will know that I’m not going to give the story over to the supernatural – or not all of it, anyway – and that there has to be a swing back to the natural rational objection, and that the tension between credulity and rational scepticism is a condition I like to work with.  So I started to research the most recent cases of claims of Fairy abduction – bearing in mind that this tradition has been usurped in modern times by the claims of UFO abductees.  I only had to go back a century to find an Irish court case in which an extended family were tried with the murder of Bridget Cleary, whom they believed to have spent time with the fairies and to have come under their spell.  The transcripts of the trial are quite shocking and I quote some of them in my book.  But this is comparatively recent – it all happened when my Grandmother was alive.

As you can see, the antecedent forms make a rich and tangled undergrowth.  In the end I only used a fraction of my research.  The use of epigrams at the head of each chapter was a device I used – in the end – to allude to the rich literary and folkloric traditions around this very subject without letting the material overwhelm the novel and steal energy and vitality from my own story. The background is massive.  The research of this subject can pull you in, like Fairyland itself, and consume half your life.  So be warned!
Who wrote this? Liz at 7:30 am

Fabulous. I will be buying this.

OMG! I want this book! I haven't heard of this one Liz. Fabulous guest post.