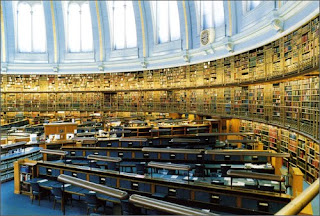 Photo is of the British Library, mine is a little smaller.

In real life I work in a small(ish) library and love it. Off and on I've worked in libraries since I was around twenty and find them intriguing places. In my past is the university library and a couple of college ones before finally working in an open-to-the-public, real-life library full of crime stories instead of medical text books. So, what have I learnt about these special (and under threat if the whispers are true) places and the people that frequent them?

Crime is king; if someone isn't being stabbed, strangled or generally mishandled then most borrowing adults aren't interested. I love helping a seventy-year-old eager to reserve the next Dexter book before telling me about her grandchildren. Historical crime is even more popular; monks solving crimes are very relaxing I'm told. Agatha Christie still gets borrowed regularly, a friend of mine told me that my town reminds him of somewhere in an Agatha Christie novel so possibly I shouldn't be surprised by her ongoing popularity with all age groups.

I'm a bit obsessed by YA novels, especially urban fantasy or paranormal romance. Dark romance is insanely popular at work - no surprise there. I recently made a Teen Noir display (inspired by Foyles) and watched the books melt away. Breaking Dawn's waiting list was 168 deep at one point last year and Meyer's books are rarely on the shelf for long. Say what you like about her but she's brought people to books in the same way that J. K. Rowling did/does. I love the challenge of finding something for a fifteen-year-old who's finished the Twilight series and has nothing to read. Thankfully, there's plenty to move on to and I get the satisfaction of seeing someone enjoy a book when they hated reading before. 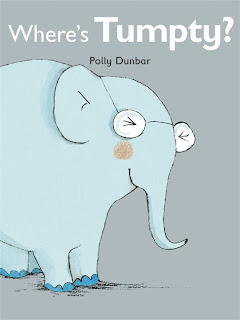 Part of my job is reading stories to 0 - 3 year-olds. It can be a tough crowd but I find that the right amount of picture book (preferably something like Tabby McTatt or my current favourite Where's Tumpty?) and colouring can prevent murderous boredom. I watch these children grow up and start choosing books for themselves. One minute they're doing the Summer Reading Challenge and then something strange happens. The boys disappear at around age 13/14 never to be seen again until they have children of their own and then they're rarely taking books out for themselves. Girls continue to read and indeed there are tons of books for every conceivable type of girl from 1 to YA. There's plenty for boys too but I'm constantly being asked for recommendations by mums who can't get their sons to read anything at all. I'm spoilt for choice: there's the hugely popular Adam Blade books for the 8 - 12 age group and then the fantastic Artemis Fowl series or Rick Riordan, Robert Muchamore, Garth Nix and Darren Shan. There are many, more clever people than me who will understand exactly what happens to boys during this time and what takes them away. Suffice to say that I try not to punch the air when a fifteen-year-old asks to reserve a Warhammer book. 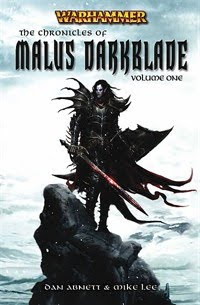 One of the jobs of the library service is to hook readers from the first few months of their life and then keep a hold of them. We do this with cunning and free stickers, muah-ha-ha! If we can hang on to them through the tricky mid-teen years then we tend to keep them for life; a habit of reading has begun. Today I meet people of my own age who never read, don't like it and don't believe that people actually visit libraries. I smile through gritted teeth when they ask me what I do all day in an, "empty," building they've never visited but also feel a little sad - for some reason they missed out.

Not wanting to sign off on a downer but the chances are that many of these places will be staffed by far fewer people in the coming months due to cuts. I hope I get to carry on, but if I don't I just hope that kids continue to have the chance to be lured in by stickers and then stay a lifetime.
Who wrote this? Essjay at 2:55 pm

I love the library and I love that you have a passion for helping people discover the joys of reading. I almost died this weekend when my 12 year old niece told me how excited she was for the new Harry Potter movie but then I realized that she'd never read any of the books! In fact she confessed that the only book she ever finished was one of the Cirque Du Freak novels.

I told her if she loved the HP movies that she'd totally adore the books but she's a little stubborn. Guess what somebody is getting for their birthday next month.

Anyways thank you for all you do in enticing the kids to pick up a book! I tell my kids is the cheapest form of entertainment there is. A good book can keep me occupied and entertained for days.

This is a really interesting and poignant post. I hope whoever is in charge of public spending realises that libraries (and library staff) are an investment in the future mind-power of the country.

I have never been able to understand why teenage boys are generally less into reading than their female peers. It's great to hear that parents are trying to encourage them, though.

I totally agree Essjay as I too work in a library albiet in a sixth form. Just completed my first year as an Assistant Librarian in fact and although my 'customers' can be challenging at times I haven't regretted it for a second. We have an ever growing fiction section, an influx of vampiresque series due to the Twilight phenomenon but we don't have a problem with student readers its more of student learners. SO few of them touch our non-fiction section but I have to point out it's not that we don't promote them enough or guide them in the right direction each time we get a research question. It's more of the fact that their own teachers don't push them into books enough and just leave them to the cruel influences of Google and Wiki for answers. At the end of this year we held our second Staff review day where each subject dept comes down to see what we have in stock for them. 100% of the time each department is suprised by what we have and didnt' think to come to see for themselves and 99% agreed they really should direct students down here more often. Well from Setpember we will see if any of those words will become actions. I know one sociology teacher will do his uptmost to promote our book stock if only because he started at the same time as me and he gets the same bus so he won't escape me if he doesn't use our little library.
But as to your other point about Libraries being threatened well it's kind of split on that argument as some say they have to become more social friendly I know the york city library has just had its revamp and now includes a coffee shop for its readers which some old fashioned members of the librarian community may think *shock horror* at the thought of spilt coffee and dirty fingers on books but we have to show more trust in our 'customers' more I think. I know this how social thing is dripping into my educational domain as our principal feels we should allow food of all types in our little library and another member of staff thinks it should become more like an internet cafe. I guess the problem is change and how much to change yet still keep the library with its quite essential peacefulness.

Great post! I just got a letter from our FotL that said there are 3 amendments up for vote this November that will cut the library's budget by 30% and an additional 40% over the next 15 years. Ridiculous! People need the library now more than ever, I think.

@Reading Rachel - I've used the HP film argument myself! It tends to work quite well :)

@Lauren - I think that so much money needs to be saved that every department will suffer in some way. Time will tell but thank you.

@Becky - I can't believe that teaching staff don't recommend the library first and steer students away from the internet. How insane is that?! I've got my fingers crossed for September for you. In terms of libraries becoming more welcoming; we allow food in now and have free computers for the public which draws people in. Ironically, with cuts the free hour will probably go. As you say, these changes don't suit everyone - it's very difficult.

This is a great post. I live in the Philippines and if we had a public library system like the one you have over there, the librarians don't need to do anything special to keep me coming back. I love how dedicated you are to your job and how you encourage people to become readers. I've gotten several reactions whenever I say that we don't have libraries over here and they're usually along the lines of "NO PUBLIC LIBRARIES?! I DON'T KNOW HOW I'LL LIVE WITHOUT A LIBRARY"

@heidenkind Thank you :) I totally agree that people need us more now than in better times. I understand that money is tight but I'll never get my head around the shortsightedness of removing a service which exists for such a good reason.

@Chachic Thank you :) I didn't realise that you have no public libraries in the Philippines. I can't imagine that at all - what on earth would I have done for a job! I really appreciate your kind words.

I love how passionate you are about your job.

And I hear on the need to keep children reading. I work in a university library, so we face different challenges. But I do know that if you do not teach them to value the book and the library when they're young, once they hit uni, all they want is to find everything online, if not through Google then through the e-journals, e-books and other electronic resources in our Digital Library. And preferably without spending too much time and effort on finding it!

I hope you'll be able to keep on luring them with stickers :)

Thanks for the terrific post and comments :D
It does make you think that the library system is yndervalued in this country. A resource we take for granted :(
Since my husband was made redundant and every penny is precious - the library has become a place of sanctuary for me & my girls. The book choice isnt great but they do their best to track down books for us.
You get really great librarians and those that just cant be bothered. With the lack of funding and staffing position - local councils should make sure they have great librarians that are invested in their job rather than ones that just see it as a job they can leave behind att he end of the day :(
Obvioulsy you are one of the great ones ;)
Emma gets off her soapbox :D

Thank you Mieneke and Asamum :)

I totally agree about University libraries, it was the same in the college that I worked in.

The whole funding of libraries in the UK at the moment is a bit in flux. I think that things will be clearer in September. Fingers crossed!