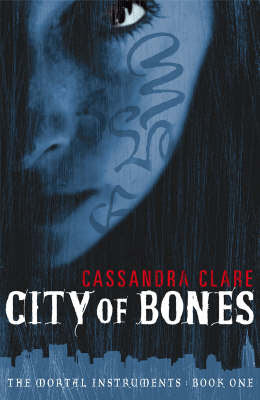 If you are a fan of Holly Black, Lilith Saintcrow, Jim Butcher and other urban / modern fantasy writers, this will be right up your street. The book is a YA novel and circles around a young girl, Clarissa Fray, who sees things that really should not be there. A teenager gets killed infront of her, in a nightclub and disappears/evaporates...and it isn't long before she disappears down the rabbit hole herself. Her mother disappears, she discovers some nasty things about her family and that there is a an age old war being fought between forces of light and dark, which humans are unaware of.
The novel started off, a bit self-consciously, with Clary struggling to find her voice - does that make sense? - but once the author manages to get a hold of the protagonist, it is a roller-coaster ride of rollicking goodness. Complete over the top dialogue, if you liked Buffy or Angel, you would love the one-liners in this, set pieces that sizzle and make you gasp in sheer delight. I think, it would film fantastically well. I can imagine Guilermo del Toro directing it though, as he did an excellent job with Hellboy and Pan's Labyrinth. The supporting cast to Clary's adventure is a mixed bunch - the beautiful and deadly Isabella, her brother Alec who is the one to watch for spectacular revelations and then there is Jace who is partly modelled on every bad boy you can dream of. Beautiful, deadly and oh so very funny and complete aware of how over the top and seemingly self-centered he is.
I really am looking forward to the second novel, due out next year only. Tsk. But I can wait.
Who wrote this? Liz at 11:41 pm