Books I've read but not yet reviewed..

... even though I've been meaning to.


The Leaping by Tom Fletcher 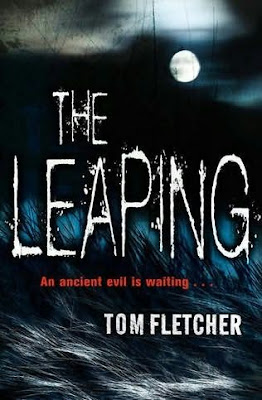 Jack finished university three years ago, but he's still stuck in a dead-end job in a sinister call-centre in Manchester. When the beautiful (and rich) Jennifer comes into his life he thinks he has finally found his ticket out of there. Trouble is that his boss is interested in Jennifer as well, and there's something strangely bestial about him... So when Jennifer buys Fell House, a mysterious old mansion out in remote Cumbria, a house party on a legendary scale seems like the perfect escape for them and their housemates. But as the party spins out of control on a seemingly neverending night, they must face up to the terrifying possibility that not all their guests may be human - and some of them want to feed.

I picked a copy of The Leaping up earlier this year during a random jaunt to Waterstones to feed an itch for some horror flavoured at that time. Jack and his housemates work at a grubby call centre- they're quite a mixed bag, bound together by a mutual hatred for their dead-end jobs and the dream of finding Something Better. The creepiness starts off slowly, and builds towards creating a claustrophobic and unsettling vibe; even a stark and rolling countryside becomes something sinister in Fletcher's hands. I really enjoyed this- it starts off innocently enough but quickly snowballs into a sordid and savage fever dream. Recommended. 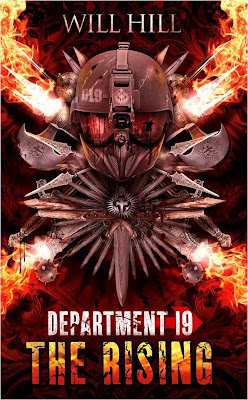 After the terrifying attack on Lindisfarne at the end of the first book [our review here!], Jamie, Larissa and Kate are recovering at Department 19 headquarters, waiting for news of Dracula’s stolen ashes.
They won’t be waiting for long. There are only 91 days to Zero Hour.
Vampire forces are gathering. Old enemies are getting too close. And Dracula… is rising.
Ah, Department 19. As fast and furious as its predecessor, if not more so. This time Jamie and the rest of the Dept 19 crew are working to a deadline to try prevent Dracula from rising and assuming his full and terrible power. The Rising is a chunky beast, but you don't notice it once things get going- the action and pace is unrelenting The pages fly by as Jamie and his friends have to deal with their own troubles over and above while trying to stop the world's most powerful vampire from plunging the world into a bloodsoaked darkness. The Rising was a fun and exhilarating read, complete with lashings of gore (and a fantastic scene where Hill turns a Hollywood cliche on its head). You will need to have read Department 19 to really appreciate it though, although that's no hardship.
Johannes Cabal the Necromancer 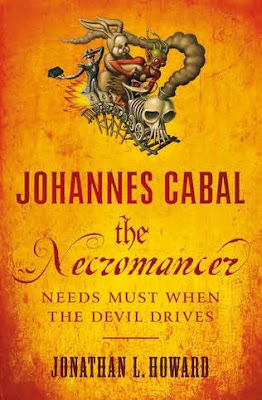 Johannes Cabal has never pretended to be a hero of any kind. There is, after all, little heroic about robbing graves, stealing occult volumes, and being on middling terms with demons.
His purpose, however, is noble. His researches are all directed to raising the dead. Not as monstrosities but as people, just as they were when they lived: physically, mentally, and spiritually. For such a prize, some sacrifices are necessary. One such sacrifice was his own soul, but he now sees that was a mistake - it's not just that he needs it for his research to have validity, but now he realises he needs it to be himself.

Unfortunately, his soul now rests within the festering bureaucracy of Hell. Satan may be cruel and capricious but, most dangerously, he is bored. It is Cabal's unhappy lot to provide him with amusement.

In short, a wager: in return for his own soul, Cabal must gather one hundred others. Placed in control of a diabolical carnival - created to tempt to contentiousness, to blasphemy, argumentation and murder, but one that may also win coconuts - and armed only with his intelligence, a very large handgun, and a total absence of whimsy, Cabal has one year.


What really made this pop for me was the distinctive voice that came through in the writing. Wry and laced with a wonderful black humour, it hooked me from the first page and didn't let me go until the last. Cabal isn't a nice guy (the cover blurb refers to him having 'the moral conscience of anthrax' - brilliant!) and he stays that way throughout, which is as gratifying as it is fun. I highly recommend taking Cabal for a spin - I'm certainly going to be picking up the others in the series.