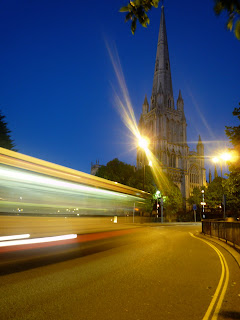 Speed of Light in Bristol - photo courtesy of Mark
We headed off early morning on Saturday to get to the Bristol Comic Expo held at the Ramada. Thankfully we stayed at the Mercure Hotel which was between the two, probably the better looking as well as the better air-conditioned.
Anyway. We got to the Ramada and hey presto, collected our weekend badges. And I was immediately pissed off. No goodie bags. 10am on the Saturday and no more goodie bags. Was this just truly bad planning or couldn't they give a hoot? Also, no plans and no programmes were handed out. A truly shambolic start. However, we managed to find a "map" of the layout of the hotel and some info about signings, panels and whatever.
The traders hall was amazing - a great buzz but boyo, the heat was already pretty high by 11am. Mainly because the hall was quite small so apart from the grin-and-bear-it traders, the place was packed to the rafters with sweating punters, most of them unused to the hot weather so they were all wearing leather jackets. I personally think there should be a law against wearing leather jackets to cons because you know, unless you are in Moscow or you are Keanu, the look sucks ass and you smell like one. 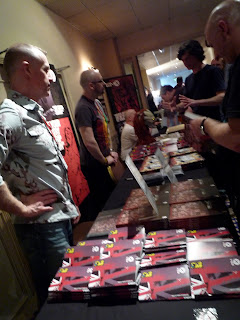 The chaps from Com X.
But I digress. We whizzed around the traders hall, said "hi" to a few people we knew, amongst them John from London's Forbidden Planet and his Bristol shop team. We also bought some goodies from 'em. 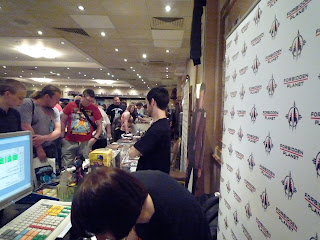 Forbidden Planet stall at Ramada
I also spotted the amazing Garen Ewing with his copies of Rainbow Orchid on sale. We chatted for a while and he was very sweet and gracious. We shared a few moments of geekness over TinTin, which both of us love. 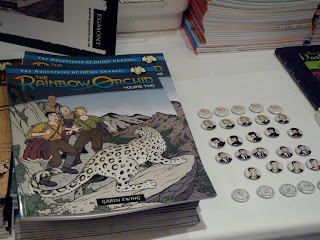 Garen Ewings The Rainbow Orchid, Volume 2 on display.
The 2000AD stand was packed full of Dredd, Durham Red, Nikolai Dante and ABC Warriors. I hesitated over the Nikolai Dante books but moved swiftly on when Mark firmly shook his head "no". We were on a tight budget and so had to be super selective about what we bought. 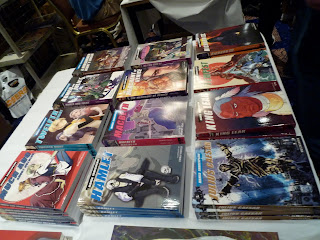 I stopped to check out these classics turned into Manga. They looked lovely. But I got dragged away.
We then headed off to go and have lunch with Mike Carey and Joel from Tripwire magazine. Lunch was down at the Spyglass. The weather was gorgeous. The setting was perfect and the conversation veered from books, to politics, to previous cons. It was all good. 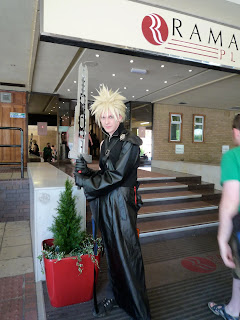 A very charming cosplay chap we met on our way to the station to go and draw some cash.
We briefly popped into Mercure to drop off our goodies we had collected thus far. And whilst there, we headed up to the fifth floor where the rest of the Con was taking place. Mark ended up playing some Wii hack and slash game whilst I tried wandering around the larger traders hall but I didn't get very far...I manhandled the lads from the 501st Legion and old Darth into a huddle against the wall and took a few photos. 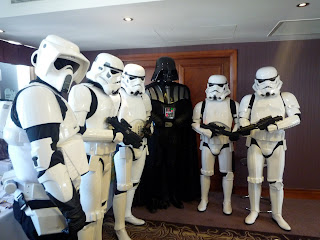 Find their website here.
Then we legged it over to the main hotel again for The Losers talk with creators Jock and Andy Diggle. It was a very informal and fun talk, with Jock starting off asking the audience a few questions, to make up time whilst Andy went looking for a random loot bag with goodies from The Losers movie. Eventually, once both of them were there, the real talk began. More than anything, it was like sitting in a room with a bunch of your mates talking about a favourite book that got itself turned into a movie. They stressed that they had no imput into the movie whatsoever but that they got to visit the set and were struck by how close the cast were, calling each other by their Loser names. 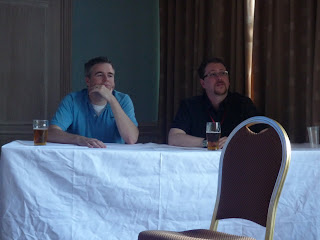 Jock (in the blue shirt) and Andy chat about The Losers.
I sent Mark off to get copies of The Losers signed by the two of them whilst I stayed behind to listen to the DC Universe talk. Bob Wayne, DC VP of Sales previewed the forthcoming noms from DC with the help of Paul Cornell, David Hine, Lee Garbett, Jesus Saiz and Ramon Bachs.
I'm not going to say anything further because I'm going to let some of the photos talk for me. 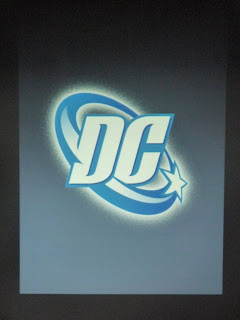 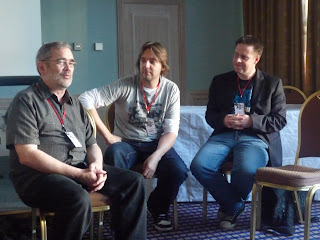 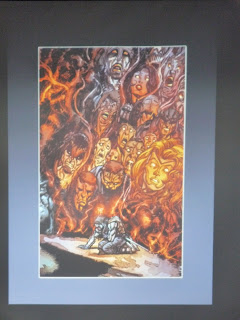 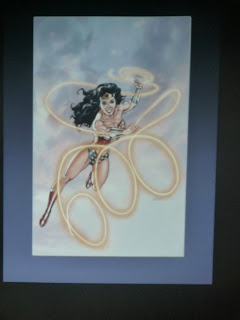 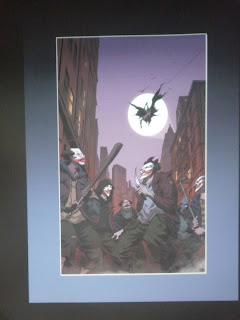 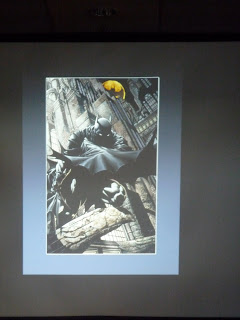 Afterwards I got to go and talk to Robin Furth who has been working on Stephen King's Dark Tower. A tremendously nice lady, we spoke whilst Mark was still in the queue to get The Losers stuff signed. I urged her to get an online presence and we swapped emails. I am really very excited to read the graphic novels of this series. I'm coming late to them, but I'm sure they will be fun.
Below are pics of some of our loot we either got free or bought or took with us to get signed. 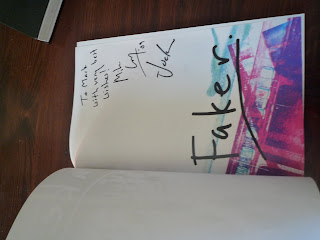 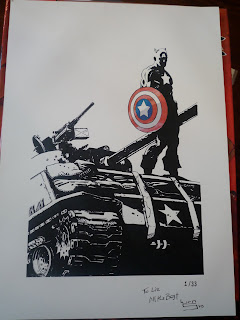 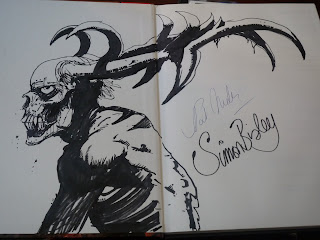 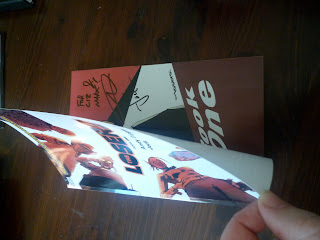 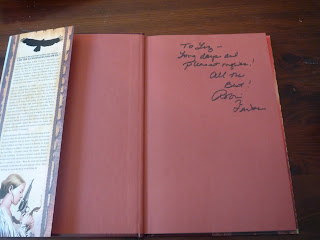 We had a great time, and staggered to bed at around midnight Saturday night. Bristol treated us really well. Sunday morning was mostly spent recuperating after Saturday night, a long walk around Bristol town centre and all along the river, then chatting to various artists and writers, before packing the tiny blue Polo to carry us home.
It's been a very long, very busy weekend and now I can go and collapse for an hour before I have to come back to write reviews for this coming week.
Who wrote this? Liz at 4:44 pm

My mate Andy was given control of some of those very storm troopers for an event. The resulting pics were hilarious. Must get him to forward some. :)

It looks like you had an amazing weekend! Thanks for reporting :)

Excellent report, Liz. Lovely to meet you and Mark, thanks so much for stopping by. Look forward to next time!