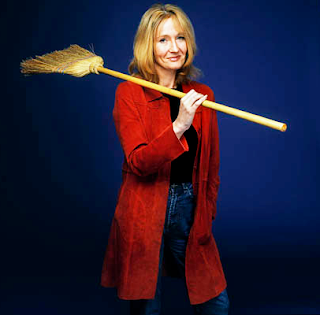 Got the email through about forty minutes ago and thought I'd update the blog with the news - this is from the Publishers Marketplace email, with a quote from JKR:

The true deal of the day: Little, Brown has world English rights to the first novel for adults by JK Rowling, the company announced Thursday morning. Little Brown UK publisher David Shelley, Publisher will serve as Rowling's editor and Michael Pietsch will oversee publication in the US. All other details--title, pub date "and further details about the novel will be announced later in the year." Rowling says in the release: "Although I’ve enjoyed writing it every bit as much, my next book will be very different to the Harry Potter series, which has been published so brilliantly by Bloomsbury and my other publishers around the world. The freedom to explore new territory is a gift that Harry's success has brought me, and with that new territory it seemed a logical progression to have a new publisher. I am delighted to have a second publishing home in Little, Brown, and a publishing team that will be a great partner in this new phase of my writing life."

Rowling was represented by Neil Blair at The Blair Partnership.

Huzzah! Good for her!

I'll be looking forward to this.