Who is Mr Satoshi 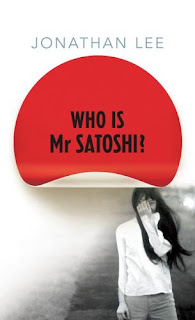 "One afternoon last October, on the concrete of her patio garden, my mother had a fall...That was the last time I really had any options."

Reclusive photographer Rob Fossick has come adrift both from society and his creative urge. But when his mother dies, Rob is suddenly presented with an unwanted yet intriguing problem to solve - minutes before her death, he discovers that she was hoping to deliver a package to an enigmatic character called Mr Satoshi, but the name and the contents of the parcel are shrouded in mystery. So begins a quest that takes Rob out of his isolation and plunges him, anxious and unprepared, into the urban maelstrom of Tokyo. With the help of a colourful group of new acquaintances - an octogenarian amateur detective; a beautiful 'love hotel' receptionist; an ex-sumo wrestler obsessed with Dolly Parton - Rob edges closer to uncovering the mystery surrounding Mr Satoshi, and in the process comes face to face with some demons of his own. Combining several interlocking mysteries - both past and present - Who is Mr Satoshi? is a uniquely inventive and unforgettable story of a fragile soul coming to terms with the fact that no one, in the end, is quite who they seem to be.

I fell in love with Jonathan Lee’s writing. Deeply funny, wry and satirical we are taken on an exploration of self – and others - , in Who is Mr. Satoshi. When Foss’s mum dies, he is at such a low point in his life that he just can’t move on with things. He is still trying to cope with the death of his wife. His life is dark and hollow and grey. His mum’s unexpected death doesn’t really galvanise him as much as prod him into doing something different, something outside his comfort zone.

He takes on this quest his mum left him: find Mr. Satoshi and give him this box. Easier said than done because Satoshi is not really the guy’s name...

Besides the fact of: who is this Satoshi guy, questions are raised about the life his mum lead before she met Foss’s dad. I mean...how much do we know about our parents anyway, before they were our parents?
As Foss’s takes up the quest and travels to Tokyo, meeting a variety of truly bizarre and colourful characters along the way, we come to see how Foss views himself from the outside rather from the inside out. Deeply interesting from a characterisation point of view, this literary debut by Mr. Lee really rocked my socks. In theory, none of us should really like Rob Fossick. He is not a warm, friendly kind of guy. He is not the usual male hero we see touted. He's not even an anti-hero to be honest - he's just a guy who is sliding towards the darker scale of things and he suffers from sadness and probably some ennui. But what Lee manages to do, by very careful observation, is make Foss be you and me at our lowest point. We can identify with this stunted man, with his negative reaction to being around people, being asked question, putting himself out there. And by doing so we learn to like Foss, we realise he's an okay guy, if he allows himself to be.
The novel works well as an overall narrative too - Lee uses Foss's point of view and fills it in with newspaper articles and letters and includes a secret service transcript. All of this works to layer the mystery so that even when Foss meets Mr Satoshi...we still don't know who he is, working on the premise that even though we may think we know people, we don't really.
What I also liked is Lee's descriptive passages which vary from wonderfully eloquent and sometimes surreal to deeply stark and remorseless. Full of unexpected humour and sadness, this is a bittersweet novel that will stay with you long after you’ve read it. Literary fiction has a new star on it’s horizon and its name is Jonathan Lee and I'm proud to be one of the fan-girls.
Who wrote this? Liz at 12:03 pm