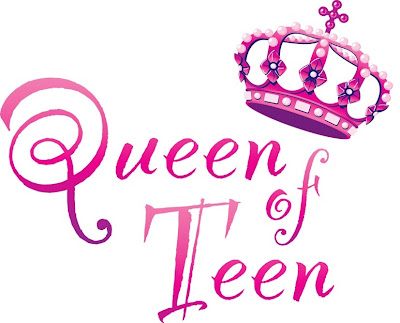 Queen of Teen is royally delighted to announce the shortlist for the fiction world’s most glamorous award. Thousands of heartfelt nominations have been received from teenagers across the country and voting is now open to find this year’s Queen of Teen.

The ten fabulous authors who have made the shortlist are as follows:

The award will be presented at a glittering award ceremony in July 2012, when the writers of the best nominations will be invited to mingle with their favourite authors, invited journalists and other special guests. The ceremony is to be held at Queen of Teen HQ in leafy Surrey and will be superbly pink and sparkly – a truly majestic celebration of this thriving and important genre!

Teens and tweens can now vote for their favourite author from the shortlist by visiting www.queenofteen.co.uk.

Queen of Teen has attracted tens of thousands of votes from young readers across the globe and last year resulted in the fabulous author of the Chocolate Box Girls books, Cathy Cassidy, being crowned Queen of Teen. On being crowned Cathy said: “I've had lots of fun since being voted Queen of Teen... it's an amazing award because it's all about YOU, the super-cool reader gals out there. Your votes and views really DO count!”

Not heard about Queen of Teen?

The Queen of Teen competition was launched to acknowledge the hugely significant part that fiction can play in the teenage years, and to encourage girls to turn off their computers and mobile phones and pick up a book instead. Queen of Teen has a dedicated website www.queenofteen.co.uk with information about the award’s history, details on how readers can vote for their favourite authors and pictures of the last two award ceremonies.