I spotted Ann Aguirre's cover for her second YA novel in the Razorland trilogy.  The first novel is called Enclave and the second novel, with the new shiny cover is called OUTPOST and just feast your eye on this gorgeous cover with a bit of EEP thrown in for good measure. 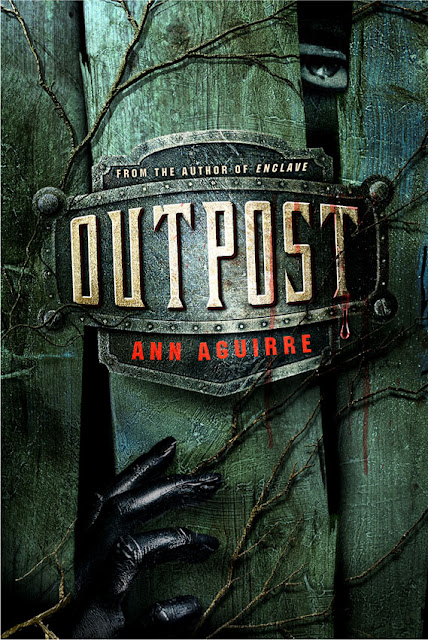 Secondly, last week I did a very stupid thing.  I highlighted a book I saw on Goodreads because I quite liked the sound of it and I added the book to my wishlist on Amazon.  This by the way, was not the stupid thing.

The book in question is called Monstrous Beauty:

In 1872, mermaid Syrenka falls in love with a young naturalist. When she abandons her life underwater for a chance at happiness on land, she is unaware that this decision comes with horrific and deadly consequences.

One hundred thirty years later, seventeen-year-old Hester meets a mysterious stranger and feels drawn to him in a way she can’t explain or resist. For generations, love and death have been inextricably linked for the women in her family. Is it an undiagnosed genetic defect . . . or a curse? Hester’s investigation of her family’s strange, sad history leads her to the graveyard, the crypt, and the bottom of the ocean—but powerful forces will do anything to keep her from uncovering her connection to Syrenka and to the tragedy of so long ago.


Then, when I looked closely at the cover, things started not adding up about it, so I popped the cover on twitter.


This is the cover in question: 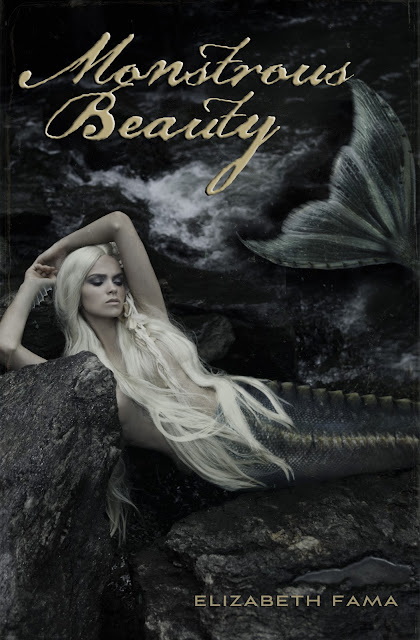 The cover made no sense - to me anyway. The girl is beautiful, but she looks dead or unconscious.  And if she wasn't dead, she'd have had a lot of problems lying on those rocks (have you ever sat or stretched out on rocks in a seductive way?) looking seductive because well - abrasions? Also, how did she get up those rocks? If a wave deposited her there, you bet your lily fair skin that she would be lathered in cuts.  The cover initially appealed, but then it didn't.  It didn't put me off the book though, but I had some reservations. And this is where I did the stupid thing.  I put it on twitter.  And invited comments.  Forgetting that it is a public forum.  The comments, like my thoughts, were varied, but mostly they were negative and it died away, and I didn't think about it again.

The next day or so I checked the MFB emails and the Monstrous Beauty author, Elizabeth Fama, had emailed me in the nicest way possible to let me know that she saw my comments on Twitter.  My heart stuttered.  Oh crap, I thought.  I'm about to be called out and told off. Instead, Elizabeth was truly sweet and said that she was aware of the cover attracting negative comments but that she was going to reveal a brand new cover this week  and that she'd be in touch.  I couldn't believe it.  I acted like a complete prat and yet here is this writer whom I don't know from Adam, being super sweet to me in turn, taking time out to let me know about the new cover.  This, ladies and gentleman, is class!   Of course I emailed her back to grovel to apologise as I realised (hindsight = 20/20) that I was plainly speaking, being a dick online and again, didn't think about my comments were being seen apart from those I was chatting to.  How easily we forget, eh?  What you put out there, stays out there.

Mad story, I know, but bear with me.  Here is the new cover for Monstrous Beauty - what do you guys think?  Isn't it a bazillion times more beautiful and alluring and mysterious and grabby hands? 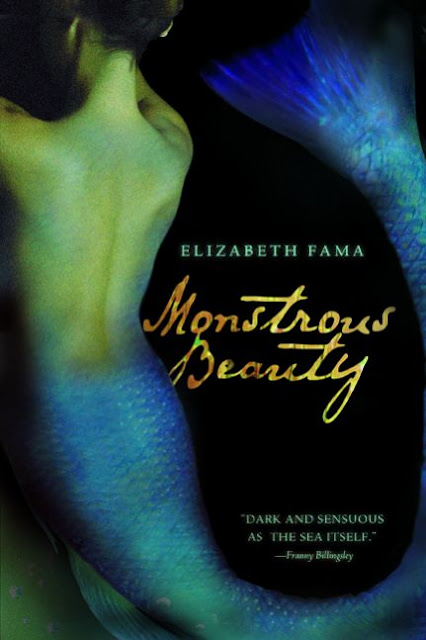 Last week I think I heard rumours about a new Mary Gentle fantasy coming.  I flailed in my chair.  If you've never read a Mary Gentle novel then well, I don't know.  I think you should.  Her writing has depth and skill and her world building is incredibly strong.  Her novel ASH: A Secret History rocked my world around eleven, ten years ago and I recently found myself pawing my battered old copy and I'm considering a re-read.

And over at The Booksmugglers, I've just seen that there is indeed a new Mary Gentle.  And this is what it's about and also, how lovely is this cover? It is VERY lovely. 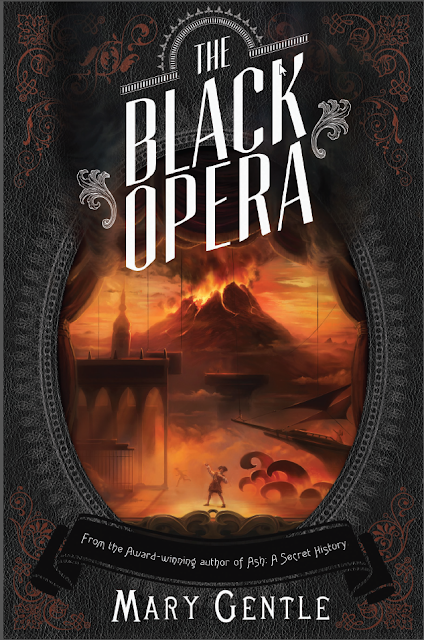 Naples, the 19th Century. In the Kingdom of the Two Sicilies, holy music has power. Under the auspices of the Church, the Sung Mass can bring about actual miracles like healing the sick or raising the dead. But some believe that the musicodramma of grand opera can also work magic by channeling powerful emotions into something sublime. Now the Prince’s Men, a secret society, hope to stage their own black opera to empower the Devil himself – and change Creation for the better! Conrad Scalese is a struggling librettist whose latest opera has landed him in trouble with the Holy Office of the Inquisition. Rescued by King Ferdinand II, Conrad finds himself recruited to write and stage a counter opera that will, hopefully, cancel out the apocalyptic threat of the black opera, provided the Prince’s Men, and their spies and saboteurs, don’t get to him first. And he only has six weeks to do it…

My job of telling you how daft I am, whilst being an enabler is done.  For now.
Who wrote this? Liz at 10:51 pm

Such beautiful covers Liz! I want them all! *grabby hands*