Mike Carey signing- The Naming of the Beasts 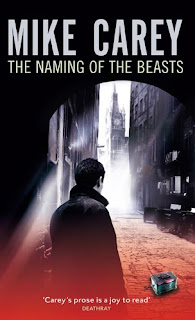 Mike Carey is an extremely popular and well-respected author who has written on several top comics titles such as Lucifer as well as the adaptation of Neil Gaiman’s Neverwhere.

The Naming of the Beasts is the fifth in the Felix Castor series, where Castor comes face-to-face with the consequences of his own recklessness. After all, there are only so many times you can play both sides against the middle and get away with it. Now, the inevitable moment of crisis has arrived and it's left him with blood on his hands. So Castor drowns his guilt in cheap whisky, while an innocent woman lies dead and her daughter comatose, his few remaining friends fear for their lives and there's a demon loose on the streets. But not just any demon - this one rides shotgun on his best friend's soul and can't be expelled without killing him. Looks like Felix Castor's got some tough choices to make, because expel the demon he must or all Hell will break loose. Literally ...