We are so proud, as ladygeeks and boygeek deluxe, to bring you Andy Robb's cover for his novel: Geekhood, published by Stripes Publishing later this year. 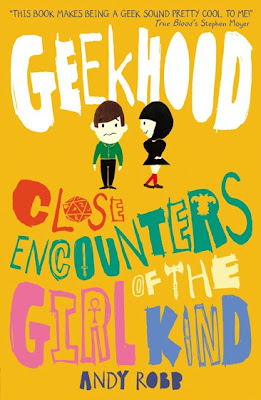 If you haven't worked it out yet, girls don't do this. They don't come to the Hovel. They don't like goblins and dragons. They don't paint miniatures. They don't play role playing games or re-enact fictional battles. And they don't talk to Geeks like me especially if they're pretty. And this girl is pretty. What do you do if you're a fourteen-year-old Geek, and a Beautiful Girl has appeared in the midst of your geeky world? And she seems to like you... For Archie, the natural reaction would be to duck and cover ... run for the hills ... buy a new model elf... Anything but risk stepping into the Real World. But even Geeks have to put their heads above the parapet at some point. With his mum barely able to contain her excitement that her son is about to join the human race, and his step-father, Tony the Tosser, offering crass advice, it's time for Archie to embark on a daring Quest to win the Beautiful Girl's heart and shake off his Geekhood for good...

We will also nearer the release date be talking to Andy about how his real life geek experiences influenced his writing of Geekhood and other stories he'll no doubt deny in public to people he work with.

And to prove how much love there is for Geekhood, I managed to get a quote from MFB pall, Sarwat Chadda about Geekhood: "If you have ever rolled a d20 or tried to use the Force then this book's for you."

Find out more about Geekhood over at Stripes and Andy's website.

And because I love this cover so much, here are two more pack-shots of it. 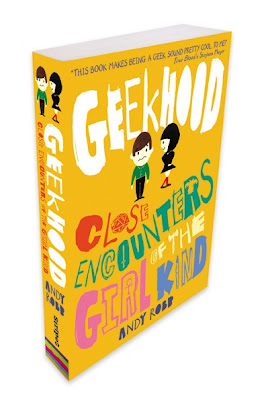 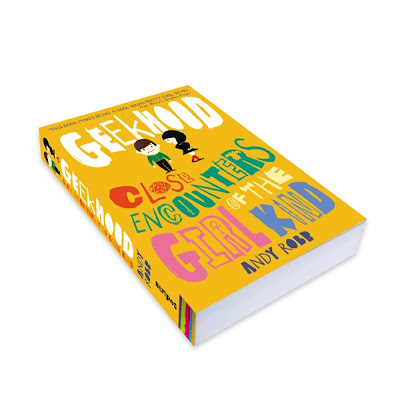 Will be posting myself and linking peeps back here later

I'm so excited for this book, it sounds so much like my kind of read so I'm thrilled to see it has such a great cover!

I cannot wait for this book - seriously