Mark and I randomly met this young chap on Twitter and then consequently at a few events around London.  It took me - yes I am slow - a little while to put things together, realising that he was that Tom Pollock who was being published by that Jo Fletcher Books.


Subsequently, we've been chatting on and off and although MFB no longer take part in official blogtours, we wanted to make sure we tell our readers about Tom's upcoming novel - The City's Son.  We are big fans of urban fantasy and especially UF set in the UK and it so happens TCS is exactly that.


Tom let us have an extract of his new novel, introducing us to the two female characters: Beth & Pencil. 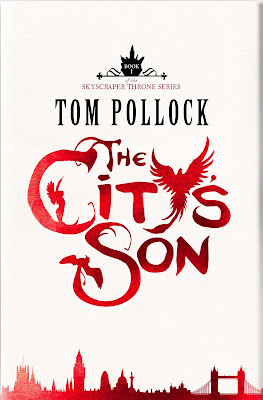 Such a good book. I don't often go out and buy finished copies of books I've reviewed by ARC, but I think I'll be picking up one of this one. :)

I've had this book in my possession since February, but I'm finally going to read it this week. Can't wait! :)