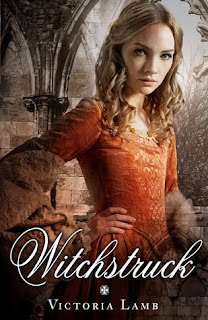 Synopsis
Meg Lytton has always known of her dark and powerful gift. Raised a student of the old magick by her Aunt Jane, casting the circle to see visions of the future and concocting spells from herbs and bones has always been as natural to Meg as breathing. But there has never been a more dangerous time to practise the craft, for it is 1554, and the sentence for any woman branded a witch is hanging, or burning at the stake.


Sent to the ruined, isolated palace of Woodstock to serve the disgraced Elizabeth, daughter of Henry VIII and half-sister of Queen Mary, Meg discovers her skills are of interest to the outcast princess, who is desperate to know if she will ever claim the throne. But Meg's existence becomes more dangerous every day, with the constant threat of exposure by the ruthless witchfinder Marcus Dent, and the arrival of a young Spanish priest, Alejandro de Castillo, to whom Meg is irresistibly drawn - despite their very different attitudes to her secret.


Thrilling and fast-paced, this is the first unputdownable story in a bewitching new series.
I sadly neglect historical novels - I'm not sure why as whenever I do read one I always enjoy them. When I heard about Witchstruck at a Random House Bloggers Brunch I knew I wanted to read it. Historical paranormal? I'm in! From the very beginning the danger of practising witchcraft is apparent. Meg and Aunt Jane are forced to practice at night with barely enough time to finish their ceremonies properly before they are discovered. Meg is a maid to the Lady Elizabeth and they reside in the dank, damp palace of Woodstock where Elizabeth is being kept away from court. Her half sister Queen Mary is keeping her there, safely out of the way. Being Elizabeth's maid doesn't guarantee Meg any safety. Marcus Dent the witch finder has had his eye on her for years and is determined to marry her. By staying at Woodstock she hopes he'll forget about her. Even though they are in exile the catholic fervour which has taken over the country comes to them in the shape of two priests - one elderly and the other …. well, hello Alejandro de Castillo.
Witchstruck is a glorious combination of dark magic and simmering desires. There's Elizabeth and her thwarted hopes to return to court and claim the throne. Then there's Meg who wants nothing more than to pretend that she hasn't noticed how downright gorgeous Alejandro is. Alejandro's trying desperately to remember that he's going to be a priest in under a year. Then there's Meg's brother and cousin who are determined to rally support for Elizabeth no matter how much danger they might bring to her door.
There's plenty of threat and malice in these pages. I found Marcus Dent to be a terrifying villain. I'm also pretty sure that we haven't seen the worst of him yet. The unfairness of a witch trial (if you drown you're innocent and if you live you're destined to be hanged or worse) is vividly portrayed. The scenes between him and Meg made my skin crawl. But it's Alejandro who steals the book for me. There's nothing quite like a forbidden romance and a slow burning one at that. There's not a hint of insta-love here. Meg, quite rightly, starts off regarding him with great suspicion while he makes all sorts of assumptions about our heroine. I loved them! It's Meg's voice which carries this book along. She's bloody minded and determined, passionate and loyal. I really enjoyed Witchstruck and hope I don't have to wait to long for the next instalment.
Who wrote this? Essjay at 7:30 am

Fantastic review! I'm so thrilled you enjoyed Witchstruck. Your review has kicked off my launch week in superb style. So thank you!!

P.S. I love Alejandro too. I'm writing the sequel to Witchstruck now and he's burning up the keyboard. :)

Fantastic review - I don't know why I always shy away from historical fiction as like you when I do read them I generally enjoy them. Plus historical + paranormal = win!

Have you ever read The Perilous Gard by Elizabeth Marie Pope? It's set in the same time period, and is EXCELLENT.