As a fan of Mr. Riordan when I was asked to host part of the blogtour I initially thought I was reading Greek.  Me? MFB? With actual words from Mr. R himself on our blog.  Yeah, I could live with that.

Today MFB and I are paying homage to the great god of the sea himself, Poseidon, part of a Homeric poem from Illiad -


Hail, Poseidon, Holder of the Earth, dark-haired lord!
O blessed one, be kindly in heart and help those who voyage in ships!
The blog tour is the run up to the release of Heroes of Olympus: The Son of Neptune, in which lovely Percy Jackson makes a guest appearance.

Percy, son of Poseidon – god of the sea – is just waking from a very deep sleep when he comes face-to-face with two snake-haired ladies who refuse to die! But this is only the beginning of his fresh woes as he finds himself at a camp for half-bloods – which curiously doesn’t ring any bells with him. There’s only one person he remembers from his past… Annabeth.


It seems that Percy Jackson’s questing days are far from over. He and fellow demigods Frank and Hazel face the most important quest of all – the Prophecy of Seven. If they fail, it’s not just their camp at risk. Percy’s old life, the gods and the entire world might be destroyed. 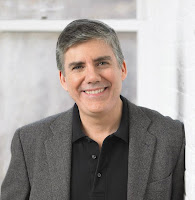 Gaah! I can't wait. In the meantime, here's the fantastic blog post Rick has written exclusively for MFB:


The Character I'd Most Like To Be
I get a lot of questions from young readers, but this one is a perennial favorite – Which of my own characters would I most like to be?

Writing about Greek gods, I certainly have a lot to choose from. I suppose I could choose Apollo, the ultra-cool god of poetry, although in my world he does have a tendency to spout bad haiku. I’m also partial to Poseidon – no surprise, since I made Percy Jackson his son. I like Poseidon’s laid-back attitude, and I certainly wouldn’t mind hanging out in the Caribbean, but I do think it would get lonely at the bottom of the sea.

What about my demigod heroes? Percy is an obvious choice, but while I do share Percy’s sense of humor and feel very close to him after writing five books in his voice, I don’t think I’d want to change places with him. Percy is much braver than I could ever be, and honestly you couldn’t pay me enough to go through high school again. In a real fight with monsters, I would not be in the front lines like Percy and Annabeth. I would be more like Grover, hiding behind a bush and whimpering, “Don’t kill me!”

Would I be Grover? Hmm, I like cheese enchiladas just fine, but I don’t think the tin cans would agree with my digestive track. The goat legs would also be challenging, as down here in Texas they would very quickly get me labeled ‘El Diablo.’

After much thought, I’ve decided I most relate to Chiron, the immortal trainer of heroes. And no, not just because Pierce Brosnan has that role in the movie. Like me, Chiron is first and foremost a teacher. His job is to train heroes, not to be the hero himself. I would be comfortable in that role. In my years in the classroom, I always enjoyed helping students discover their talents, and maybe find skills they didn’t even know they had. Making someone who is a reluctant reader into a lover of books may not seem as exciting as teaching a demigod to fight hydras, but in my perspective, it’s just as important!

Chiron has a sensible, easy-going attitude. He is also there, always dependable. He’s a person I’d like to be, although I will admit, it would get a little old being a horse from the waist down. Staircases would be murder. Elevators? Forget it. And taking my wife out to dinner at a romantic restaurant would be difficult, unless the restaurant had a stable. On the bright side, I’d never have to worry about parking again, and I’d get great mileage. A little hay and water, and I’m good to go.

So yes, I’ll stick with Chiron as my character of choice. Who’s your favorite character? Who would you like to be, either from one of my series or another book?


***
Personally, I would love to be...I don't know.  I toyed with the idea of Athena, but she's super serious and I'm not sure I will ever be able to do her justice.  I've sourced this on Twitter as I couldn't make up my mind.  But I think Calliope, who was a muse.  I like that idea.

Check out the last day of the Heroes of Olympus blog tour over at Ultimate Book Guide. 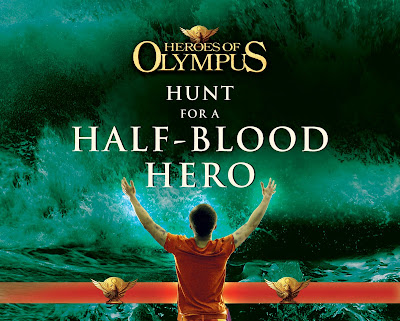 To coincide with publication of THE SON OF NEPTUNE, Puffin Books is launching the HUNT FOR A HALF-BLOOD HERO competition in schools throughout the UK. Entrants will put themselves forward to be Percy’s comrade is a new and terrifying quest. First prize is Texas-based Rick Riordan streamed live exclusively into the winning school’s assembly, plus a trip for the winning class to their local Sea Life Centre. Visit www.percyjackson.co.uk for entry details.

Really interesting post. I loved the Percy Jackson series but haven't started the Heroes of Olympus books yet, I need to get and do something about that :)

That was so interesting, and a great read. =]