Thanks so much to our friend Amanda from Floor to Ceiling Books Blog who agreed to write this article for MFB about books she'd recommend to readers who would like to move into adult genre fiction - specifically science fiction and fantasy:


***
So... You’ve exhausted the YA section. You’re looking for a new challenge and to spread your wings into the world of adult fiction. You want something that is exciting and fresh and introduces you to the wider world of books available. Let’s see what I can do for you! 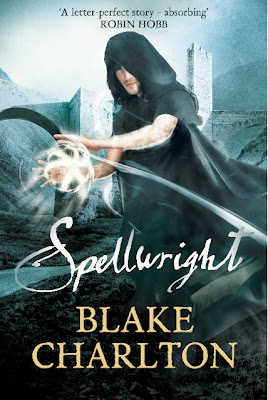 Blake Charlton’s novel Spellwright is a neat little fantasy story, concerning Nicodemus Weal. Here is a brief description: Imagine a world in which you could peel written words off a page and make them physically real. You might pick your teeth with a sentence fragment, protect yourself with defensive paragraphs, or thrust a sharply-worded sentence at an enemy’s throat.

Such a world is home to Nicodemus Weal, an apprentice at the wizardly academy of Starhaven. Because of how fast he can forge the magical runes that create spells, Nicodemus was thought to be the Halcyon, a powerful spellwright prophesied to prevent an event called the War of Disjunction, which would destroy all human language. There was only one problem: Nicodemus couldn’t spell.

Runes must be placed in the correct order to create a spell. Deviation results in a “misspell”—a flawed text that behaves in an erratic, sometimes lethal, manner. And Nicodemus has a disability, called cacography, that causes him to misspell texts simply by touching them.

Charlton writes a protagonist that is warm and believable – with a disability that will feel incredibly familiar to anyone with dyslexia (something that the author, himself, suffers from). The story itself is intense and exciting, and is perfect for anyone who has read such authors as J K Rowling, Cornelia Funke and C S Lewis. It’s a great step into adult fantasy.

Birds of Prey is a novel crackling with excitement, pirates, sea battles and filled with an extraordinary cast of characters. It is an adventure story that showcases the period of the 17th Century, when the mighty naval war between the English and the Dutch was still raging. This would be an ideal step forward for anyone who had enjoyed historical YA, or picked up Justin Somper’s Vampirates trilogy. 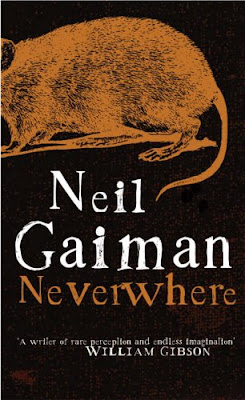 Now, you might already have tackled some Neil Gaiman novels – perhaps Coraline, or Anansi Boys, or The Graveyard Book. Neverwhere is one of his imaginative adult books – telling a tale about a London that lies beneath the Underground, a place of magic and dreams and nightmares. Check out this blurb: Richard Mayhew is a young businessman who is about to find out more than he bargained for about this other London. A single act of kindness catapults him out of his safe and predictable life and into a world that is at once eerily familiar and yet utterly bizarre. There's a girl named Door, an Angel called Islington, an Earl who holds Court on the carriage of a Tube train, a Beast in a labyrinth, and dangers and delights beyond imagining ... And Richard, who only wants to go home, is to find a strange destiny waiting for him below the streets of his native city. Does that not make you desperate to run out and buy the book and start reading immediately? It’s a sort of adult The Lion, the Witch and the Wardrobe – a person who finds another world and become immersed in adventures within it. 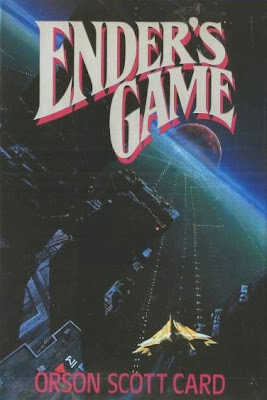 Here you have a science fiction suggestion. This novel might be old (published in 1985!) but it is very, very good. It won a heap of awards, but, more importantly, it told a fantastic story about war beliefs and using computer networks to forge anonymity. The youthful protagonists are incredibly easy to relate to, and you will marvel at the events that overcome them. This one is great for those who adored Patrick Ness’ Chaos Walking trilogy, and are looking for something with a more adult flavour. 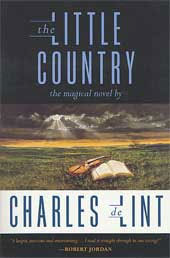 This is pretty much my favourite novel of all time – and I picked it up to read on the first occasion when I was just fourteen. It is a virtually perfect book; someone described it as the equivalent of a “literary hug” and I think that is the best description I have heard! It tells the story of folk musician Janey Little, who finds a mysterious manuscript in an old trunk in her grandfather's cottage, and is swept into a dangerous realm both strange and familiar. Her tale is interspersed with that of Jodi, who is exploring the world of the Smalls – do they really exist? Charles de Lint writes modern fairytales – if you’ve loved the 13 Treasures trilogy by Michelle Harrison, then you will adore The Little Country.

I got loads of Charles De Lint books for Christmas and I still haven't read them. I loved The Onion Girl - I couldn't put it down. Just gorgeous.
Neil Gaiman is a fabulous author too.

Good list. I haven't read Little Country, but I have enjoyed the four other books.
Great of Amanda to mention Birds of Prey, it's a great book and I thinkl it is perfect for those moving up from YA.

Spellwright and Ender's Game were alright. Not real interested in the others.

What fabulous choices! Read and loved them all. Thumbs up!