Every year around this time of the year my wishlist grows by at least 10 titles and they all directly come from the Mythopeoic Awards list.

I am especially over the moon to see one of my favourite authors of all time - Catheryne M Valente on here twice.  I realise I've never actually reviewed the books on MFB and there is no real excuse for that - but if you're intrigued, just take my word for it: she writes sublimely well, with lyrical prose that makes your heart soar and your brain trip.

I've highlighted / put in (black) bold the titles I have at home, which I'll definitely look forward to share with you in the near future.  The red bold titles are ones that have winged their way onto my wishlist, unexpectedly, and quite by accident.  How did that happen?

Onto some other very exciting news from Orion: 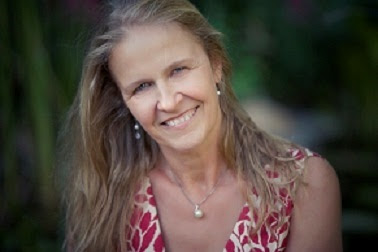 Cornelia Funke (her of the Ink Heart novels fame) has signed a contract with Orion for a new book series called GHOST KNIGHT:

Eleven-year-old Jon Whitcroft never expected to enjoy boarding school. He never expected to be confronted by a pack of vengeful ghosts either. And then he meets Ella, a quirky new friend with a taste for adventure... Together, Jon and Ella must work to uncover the secrets of a centuries-old murder, while being haunted by ghosts intent on revenge. So when Jon summons the ghost of the knight Longspee for his protection, there's just one question - can Longspee really be trusted?

I already know the best Christmas gift I will find under my tree this year. I am so thrilled that Orion will bring Ghost Knight to printed life in the this winter! I very much hope that my story will bring children from many corners of the world to see all the beautiful places that inspired me to write this  knight's story- Salisbury, Kilmington, Lacock Abbey and of course Stonehenge:) I can't wait for them to hear about the fabulous Ela Longspee, who was the first female sheriff of Wiltshire in the 12th century, and to feel the enchantment of Cathedral whose grace and beauty made me find this story.

I actually yelped at the news because well, Cornelia Funke writes books only for me.  No, seriously.  *stares challengingly at screen* I believe this, no matter what others may say.  Her writing never fails to transport me and make me think.

Next up, some more grown up adult fiction news: 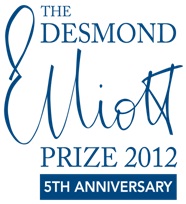 The Desmond Elliott Prize shortlist of three first novels is announced today, Thursday 24 May 2012. The Prize celebrates the very best of debut fiction by the rising stars of the literary world.

The shortlist for The Desmond Elliott Prize 2012 is as follows:

This year’s shortlist has been selected from a longlist of ten, announced in April. The three shortlisted authors are: poet and academic Patrick McGuinness, whose novel The Last Hundred Days was inspired by his years in Bucharest in the lead up to the Romanian revolution; award-winning radio playwright Rachel Joyce, whose book The Unlikely Pilgrimage of Harold Fry was originally drafted as a radio play for her dying father, and Grace McCleen with The Land Of Decoration, a story based on the author’s own upbringing in a Christian fundamentalist sect in Wales.

The judges were struck by the strong characters and coruscating language of Patrick McGuinness’ dystopian novel about the last days of the Ceauscescu dictatorship in Romania, Rachel Joyce’s beautiful storytelling, with its insights into human nature through the tale of an ordinary person motivated to perform extraordinary actions, and the original language and ideas in Grace McCleen’s vivid and life-affirming story of a young girl in a Christian sect who believes the Last Days have come.

Sam Llewellyn, 2012 Chair of Judges and one of Desmond Elliott’s own protégés, commented:
‘It has been extraordinarily hard to choose a shortlist of three from such a powerful and diverse longlist. Desmond Elliott once told me that his ideal novel was a cross between a treasure hunt and a race. The Unlikely Pilgrimage of Harold Fry is both these things, and a lot more besides. The Last Hundred Days, written with wit and irony, is a really fine and original addition to the literature of disintegrating empires, and The Land of Decoration is unlike anything you’ve ever read. It’s a rollercoaster of a book that makes the reader laugh and cry at entirely unpredictable intervals.’

Sam Llewellyn is joined on the judging panel by Tom Gatti, Editor of The Times Review section, and Caroline Mileham, Head of Books at Play.com.

William Hill spokesman, Graham Sharpe, commented that ‘despite having dramatically varying themes, it is very difficult to differentiate between three brilliant debut novels’, but gave Rachel Joyce a narrow lead with the following odds:

This year marks the fifth anniversary of the £10,000 award for a first novel published in the UK, set up in memory of the celebrated publisher and literary agent Desmond Elliott to ‘enrich the careers of new writers’.

The winner will be announced on Thursday 28 June at Fortnum & Mason, London.  When choosing a winner, the judges will be looking for a novel of depth and breadth with a compelling narrative. The work should be vividly written and confidently realised and should contain original and arresting characters.

The 2011 winner was Anjali Joseph for Saraswati Park, published by Fourth Estate. Previous winners of the Prize were: The Girl with Glass Feet by Ali Shaw (Atlantic Books, 2010); Blackmoor by Edward Hogan (Simon & Schuster, 2009) and Gifted by Nikita Lalwani (Penguin Books, 2008).

***
Over at The Guardian, they're looking for nominations for the Guardian First Book Award. You have the chance to nominate a book of your choice - debut - to be added to their list of books to consider for the prize.  The "competition" closes on 4th June.  Go nominate someone awesome!

Heard about Magic Town? I didn't know of it until I got this bit of PR from Simon and Schuster about their superb Aliens love Underpants books:

In Magic Town, children meet Max and Izzy, animated guides who show them around a vibrant landscape of uniquely illustrated houses, each of which holds interactive stories and related puzzles and games, featuring fairy tales, original titles and well-known series. Magic Town’s virtual world uses games technology to provide each child with a customised experience. An algorithm presents relevant stories for each child, and daily visits to Magic Town unlock additional content. In the future, parents will be able to further personalise Magic Town by selecting specific brands and stories.

Each Aliens Love Underpants story in Magic Town is presented as a Livebook™, Mindshapes’ proprietary storytelling format designed to stimulate young children’s development through educational, interactive tasks. Magic Town was created with input from teachers and early childhood development experts, and has been tested with children, parents and educators.

Thanks for mentioning Magic Town. Come check out all the great stories we have for kids! www.magictown.com