MFB are really and truly proud to be part of Jackson Pearce's UK blog tour. I've read Sister's Red and in fact, I had to put it aside for a day or two because I started having vivid dreams about the two main characters. I kid you not! It's very immersive reading and a book I highly recommend readers of both YA and adult urban fantasy to get stuck into, especially if you like and enjoy intelligent and creative reworkings of fairy tales. Review to follow tomorrow!
But, enough jabbering from me, here's the MFB interview with Jackson Pearce - all singing, all dancing, all writing superstar author of Sisters Red.
1. Can you tell us about your road to being a published author?

I’ve always wanted to write, but didn’t start trying to get published until I was a junior in college. My first book, THE KEYBEARER, got rejected everywhere—and I mean everywhere. I started writing my second book, AS YOU WISH, as a form of therapy to get over how sad I was about KEYBEARER flopping. As it turns out, AS YOU WISH would become my very first published book! Of course, within that roadtrip was also a lot of side trips, a lot of sadness and happiness, and a whole lot of anxiety. It’s never an easy road, no matter who you are, but it’s worth it.

2. You are clearly a big fan of fairy tales and their retellings. Which is your favourite fairy tale and why?

My favorite fairytale, at the moment, is The Snow Queen. It’s Hans Christian Anderson’s (arguably) second most famous fairytale, after The Little Mermaid. The story is about a girl on a quest to find her best friend, who was stolen by The Snow Queen. The main character is fun on her own, but it’s the secondary characters that make this story my favorite—in particular, the Little Robber Girl, a gypsy child with a good heart but a sharp knife. 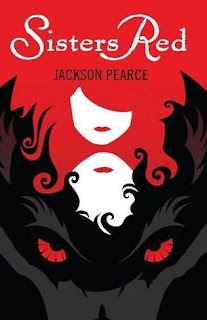 3. There are so many layers to the two sisters, Scarlett and Rosie. Did you find it hard to make sure each girl remained so strongly individual?

Scarlett and Rosie are so different, it really wasn’t too tricky to write each of them as individuals. Sometimes if I’d been writing in one’s perspective for a long time, it was difficult to quickly switch over to the other, but even that got easier with time.

4. Like the two girls, Silas has a pretty tough time with his family. What drew you to Silas’ character as a writer? Similarly, did you find it hard, distinguishing him from your two very strong heroines and from other boys in the YA genre at the moment?

I loved Silas from the start—he’s good at hunting, he might even be brilliant at hunting, but it’s just not what he loves, and he’s very okay with that (even if Scarlett isn’t!). He’s confident, he knows what he wants, and he isn’t afraid to get it—but at the same time, he loves both the March sisters like family.

5. I love that you call the weres Fenris. Did you have to do a lot of research on purpose or was this part and parcel of things you’ve always read and wanted to write?

I did a lot of research on werewolf mythology, and was most drawn to the mythical Norse Fenrir—giant, killer wolves. I also researched a lot of other traditional werewolf fairytales. I combined everything together to create the Fenris.

6. What are you reading for fun for yourself at the moment?

I just finished BEAUTIFUL DARKNESS, and am still reading THE REPLACEMENT, both of which are amazing.

7. I love how media savvy you are, with your site and your videos. And I admire them greatly, as do so many others. Did you find that you really had to work on putting yourself out there, walking away from your writing cave? Or have you always been a crazymad singing writer?

I’ve always loved blogging—I actually started my livejournal as a freshmen in college, years before I was trying to get published. Vlogging is more recent, but I really enjoy it too! I love putting myself out there because it creates a real dialogue and relationship with readers. I think I’d feel very lonely as a writer if I didn’t have blogging.

8. What is the utmost best advice anyone has ever given you about writing? And the worse?

The worst advice? “Write what you know.” Because I totally don’t know any werewolves.

I’ve never understood why there has to be war between the two. Wouldn’t pirate ninjas be the real scourge of the seven seas? Can you imagine? Make peace, pirates and ninjas. It’s only through your combined forces that we can take out the zombies.
**
Fantastic! Thanks so much to Jackson and her publicity team at Hachette Children's Books for popping by MFB to chat about Sisters Red and to prove to us we're not the only ones worried about those zombies!
Who wrote this? Liz at 10:34 am

I'll have to look into this one Liz.

Thanks for the rec.