The Hobbit Movie News - aka Geekgasm 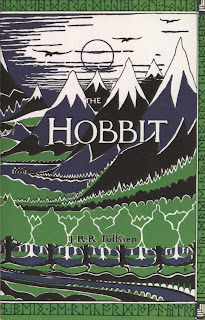 My RSS feed has just cropped up with this story - his Highness, Peter Jackson has decided to co-write the screenplay for The Hobbit! Guilermo del Toro will be directing TH and giving Peter Jackson a hand with the screenplay, along with the amazing Fran Walsh and Philippa Boyens.

Frankly, with these guys on board, I do not see anything going awry. But then I am not a rabid Tolkien reader/fan. I love the books, the world, the mythology and the movies but appreciate the differences in having to tell the story on the screen and reading it.

Apparently, TH will be filmed in one long shoot, and then released two years consecutively a la LOTR.

I thank the heavens that we live just around the corner from Leicester Square! TH needs the massive screens they have at these movie houses. I remember - she says nostalgically, pinching a tear - going to see the various LOTR movies on their premiere days, how the audience cheered Bilbo deciding to take up the quest, and how everyone cried out in pain when Boromir had the bad grace to die, leaving Scrummy Vigo to kill Lurtz or the fight for Eisengard with the ents...ah, the goode olde days.
Who wrote this? Liz at 4:39 pm

Not much of a Tolkein geek, but damn! I gotta go see that!