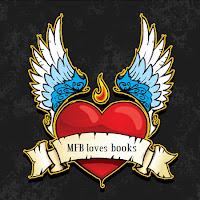 Team MFB could not attend this fantastic event hosted by Puffin at their offices in November, so I kindly asked SCBWI chum and aspiring writer and reviewer, Caroline Hooton, if she'd be interested in attending it on our behalf.  I love Caroline's reviews and think highly of her as a writer and she is one of the funniest people I know.  She agreed to attend on our behalf and wrote us this interesting and comprehensive report:

As part of the 70th anniversary celebrations for Puffin Books, Puffin Towers hosted legends of literature, David Almond and Melvin Burgess in conversation with Claire Armistead (literary editor of The Guardian) on Wednesday 16th November.

The event started with each author reading from their latest work – THE TRUE TALE OF THE MONSTER BILLY DEAN and KILL ALL ENEMIES, moved onto questions from Claire Armistead and concluded with questions from the crowd.

Melvin Burgess said that KILL ALL ENEMIES was based on the people he spoke to in pupil referral units around the country. The kids he talked to were the kind of kids usually regarded as ne’er-do-wells and thugs by society, but he found them to be real heroes in other parts of their life.

The extract that Melvin read out from KILL ALL ENEMIES involved the character Chris who he said was based on a kid who decided that while he was happy to work in school, his free time was his own and he was not going to fill it with homework. Kids loved Chris but adults wanted to slap him. 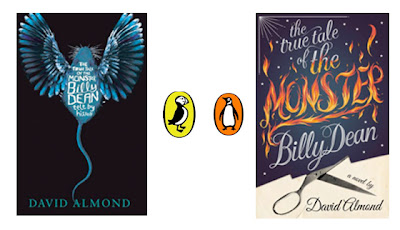 One of the other characters in the extract, Rob, is another POV character in the book who was based on a kid who hung around the Leeds Corn Exchange and was in a death metal band called Kill All Enemies with his brother. They had a violent step-father and used death metal to deal with their emotions and the fall out after they were abandoned by their mother.

The third POV character in the book, Billie, was based on a psychopath in the Wirral who was always getting into fights. Her mum had suffered with depression and alcoholism, leaving Billie to bring up her four siblings on her own, doing whatever she could to keep her family together. Her mum went into detox and when she came out she wanted to take back all of her children except Billie.

Melvin said that simply talking to people was a way of obtaining truth, voice, character and circumstances that you can then fictionalise and turn into a novel. He told Claire that the kids he spoke to all knew that they’d be in the novel and Melvin showed them the manuscript at every stage and they all seemed to be proud that their stories were being used.

Speaking about THE TRUE TALE OF THE MONSTER BILLY DEAN, David Almond described his novel as being about a boy whose father only visits him at night and who lives with his hairdressing mum in a house within a destroyed city. Billy is a person who feels driven to tell and record his own story but he can’t write so the story is told phonetically. David described Billy’s approach as being that of taking words and turning them back into objects. Billy learns how to write at the same time as he learns how to grow up and it’s through the act of writing that Billy ultimately learns to be himself.

When pushed into giving more details of the book, David revealed that Billy’s mysterious dad is actually a priest who essentially abused Billy’s mother. Billy himself was born in the middle of a war or similarly cataclysmic event. Billy is alone in seeing beauty in the ruined world, mainly because he’s spent so much of his life hidden by his mother.

Claire Armistead suggested to each author that their books both looked at what “goodness” might be. 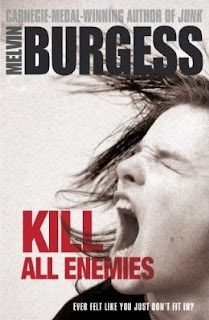 Melvin said that the kids he based his characters on in KILL ALL ENEMIES faced tremendous pressure in terms of what society expects from them and although they fail to live up to that their core values remain recognisable and they behave as they do for good reasons. Melvin said that he wanted to give a voice to that because a lot of kids like this don’t have one – for example he pointed out that when it came to the London riots in August 2011, no-one really spoke to the actual rioters. He said that his characters all have good qualities about them and they’re acting on instinct to the problems around them rather than making continuous moral judgments.

David said that in THE TRUE TALE OF THE MONSTER BILLY DEAN, Billy has to show courage in order to become himself. His guiding point is his mum and his desire to live, but that doesn’t prevent him from being used by other characters for their own ends.

Melvin believed that what THE TRUE TALE OF THE MONSTER BILLY DEAN and KILL ALL ENEMIES have in common is the fact that they feature characters who become nice folk by the end of the story – i.e. they transform into kind and generous people.

Claire asked David about the influence of Catholicism on THE TRUE TALE OF THE MONSTER BILLY DEAN. Having grown up Catholic he said that the religion does have an influence on his work, mainly because Catholicism isn’t something you believe in so much as something that you do and because he can’t get rid of it he allows it to enter his fiction and finds it a relief. In THE TRUE TALE OF THE MONSTER BILLY DEAN, Billy reconstructs the religious statues blown up in the war because he finds Catholic statues to be filled with tenderness. To chuckles from the audience, David admitted that he had a thing for angels but doesn’t really know why. Growing up Catholic in the 1960s he heard stories from people who said they’d seen angels and he believes that they’re a potent force throughout history and across cultures.

Claire pointed out that in KILL ALL ENEMIES there are similar symbols that take on mythical status. Melvin said that the significance of a Metallica tee-shirt in the book came about because he’d been speaking to a quiet lad who’d been given a Metallica tee-shirt by his mum and couldn’t bear to take it off because it was filled with his sense that his mum loved him.

Claire described how the Metallica tee-shirt becomes both a symbol of vulnerability and of aggression because the character insists on wearing it, which results in him getting into fights. Melvin agreed that the character does get beaten up because of the shirt and that there’s a certain irony to the fact that as the tee-shirt gets torn and muddy and battered, he thinks that it’s more metal. The shirt becomes the character’s way of coping with being deserted by his mum and beaten up by his mates.

Finally, Claire noted how neither David nor Melvin is kind to parents in their books. Melvin said that this is because there’s a perpetual problem in fiction of getting right of the parents so that the kids can show their mettle. David pointed out that in THE TRUE TALE OF THE MONSTER BILLY DEAN Billy does in fact find substitute parents – particularly in the form of the local butcher – because he’s searching for a father figure and trying to construct a family who will love him.

Many thanks to Puffin for the invitation to this event.

THE TRUE TALE OF THE MONSTER BILLY DEAN by David Almond and KILL ALL ENEMIES by Melvin Burgess were each released on 1st September 2011 and are available from all good bookshops.
Who wrote this? Liz at 9:27 am

Wow this event sounds so interesting. Great write up.