The Ghost's Child by Sonya Hartnett 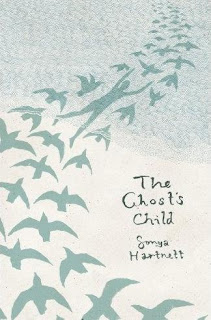 Told in gorgeous prose that reads more like poetry, the elderly Matilda relates the story of her life to a young boy she finds in her parlor one day. A sensitive child, she grew up distanced from her parents until her father, as a coming-of-age gift, took her on an extended tour of the world in search of the single most beautiful thing. After returning home, she eventually began an uncertain relationship with an unworldly young man she met on the beach; she appropriately named him Feather. He abandoned his wild ways and moved into a cottage with her, but was never capable of loving Maddy as she did him. She never lost her awareness that his nature was too ephemeral for a long-term love affair, marring her happiness. As readers move through this lush fable they may begin to get a sense of the real identity of the boy in Maddy's parlor. The relative brevity of the story belies the depth it encompasses; it's a richly crafted tale-within-a-tale, worthy of repeated reading.

I admit to being lucky enough to read this novel whilst we were on holiday in Wales, so the stark setting of the windswept beach, which there was miles off, really brought home this unique story.

If I had to try and analyse the writing style, I would be at a loss for words. I have never read anything as unique as Ms. Hartnett's style before. She relates Maddy's story with a calm detatchment but whilst remaining a keen observationist. Her prose is strong and steady and lyrical at times but with this tremendous underlay of inherent sadness.

I don't think, if I'm honest, that this is a book for younger readers. It is definitely for older teens and adults. Not because it is explicit, far from it - there is this odd hazey dream-like quality to the story telling that makes you re-read some passages over and over just because it is so oddly surreal and beautiful. It will be lost on the very young but it will make a worthy addition to anyone's bookshelf.

I cried at the end of the book, not for the loss of the characters but because it was just so beautifully told. Absolutely magical, unique and with a strange and compelling beauty echoed throughout the work.

I had trouble finding the author's website and am therefore copying across some info from Walker Books, her publishers' below:

Sonya Hartnett was born in Melbourne, the second of six children. Her first book, Trouble All the Way, was written when she was just thirteen and published two years later. Since then she has gone on to write numerous successful novels, including The Ghost's Child, and has won many awards including the 2002 Guardian Children’s Fiction Prize, the prestigious Age Book of the Year in Australia and most recently the Astrid Lindgren Memorial Award 2008. Sonya lives in Australia.
Who wrote this? Liz at 10:31 am

I cried at the end of this one, too. What a lovely book!

The Ghost's child was a little confusing in the beggining and then once i started actually reading the book and paying real close attention it started making more since.If i had to give this book stars i would give it either three or four. This is a really good book