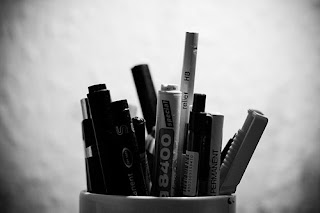 Using the evolution of Timecode as a working example, internationally acclaimed director Mike Figgis will unpick the cinematic threads and explain what makes this film so utterly unique. Through close examination of versions one, eleven, fourteen and fifteen, Figgis will explore how the film evolved over a compressed time frame and through deconstruction, simultaneously shed light on how to construct a movie.

Paying special attention to space, light, sound, music composition, narrative, imagery, improvisation, drama, editing, direction, digital technology (including equipment and its uses), camera movement and framing, Figgis will present and explain the fundamental building blocks of modern digital film-making while offering a compelling and inspiring insight into his own experimental and groundbreaking aesthetic.

The course will take place at The Hospital Club from 2-4 February 2009 and there will be open Q & A throughout. Course price: £400.
http://www.faber.co.uk/article/2008/10/faber-academy-figgis-masterclass

This is a practical, workshop-based course which covers all aspects of novel writing from first ideas for a book through character development, plotting and structure, to re-writing.

Writing a Novel is the first six-month long course from the new Faber Academy. Beginning in February 2009, students will attend weekly evening workshops (2 hours) which will cover all aspects of novel writing from the first conception of an idea for a novel through to getting words on a page, narrative structure and style and re-writing. In addition, there will be six full-day sessions to take place on one Saturday each month. Most of the classes will be lead by the Course Director, novelist Louise Doughty, but there will also be guest seminars given by well-known writers, agents and publishers.

There are 16 places available on Writing a Novel 2009. One place on the course will be allocated free of charge. This place will be chosen at the discretion of the Course Director and the Faber Academy and will be based on merit and not financial circumstances.

The First Creative Writing Course at Bloomsbury House, the new home of Faber and Faber

Set over four days, Erica Wagner and Salley Vickers will rescue the words ‘traditional narrative’ from the dusty wardrobe full of faux-leather fringing and pseudo-ethnic costume where they’ve been stashed. This course will look at how to make it new in the way that human beings have always found best: by looking for the stories – of life and death, of love and loss – that have always meant the most to us and recreating them in original voice.

The Art of the Short Story with Gerard Donovan and Claire Keegan, Newman House, Dublin

Set over four days in the beautiful rooms of James Joyce’s former college, Gerard Donovan and Claire Keegan will explore how to transform everyday experience from statements into suggestion that is both intellectually and emotionally significant. Using discussions and exercises, the workshops will address the elements of the form – among them setting, characters, time, structure and how fiction forms a temporal arc - while pondering how short story writers use detail, and the lack of it, to cast the spell of that single effect.


The details of other Faber Academy courses in early 2009 will be available shortly on http://www.faber.co.uk/

For further information please contact Patrick Keogh at Faber and Faber on 020 7465 7682 or patrickk@faber.co.uk
Who wrote this? Liz at 11:05 am

My god! That's a lot of money. I know Coutts is a sponsor but still...

Hah, Gav, tell me about it! Am waiting to win the lottery...!