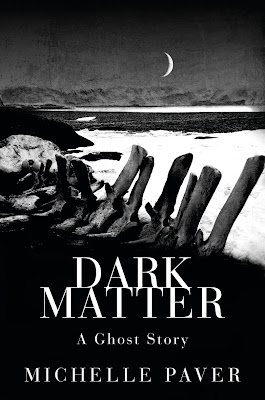 'What is it? What does it want? Why is it angry with me?'


Clouds of war are gathering over a fogbound London. Twenty-eight year old Jack is poor, lonely and desperate to change his life. So when he's offered the chance to be the wireless operator on an Arctic expedition, he jumps at it.


Spirits are high as the ship leaves Norway: five men and eight huskies, crossing the Barents Sea by the light of the midnight sun. At last they reach the remote, uninhabited bay where they will camp for the next year. Gruhuken.


But the Arctic summer is brief. As night returns to claim the land, Jack feels a creeping unease. One by one, his companions are forced to leave. He faces a stark choice. Stay or go.


Soon he will see the last of the sun, as the polar night engulfs the camp in months of darkness. Soon he will reach the point of no return - when the sea will freeze, making escape impossible.


And Gruhuken is not uninhabited. Jack is not alone.

Something walks there in the dark.

This was my first ever Michelle Paver book.  I read it in one sitting.  Cover to cover.  Then I went to the Orion's Children's Party, met the author and felt like I should declare my love to her.  In fact, I think I did. Sorry, Michelle!

Michelle Paver is well known for her award winning children's series: The Chronicles of Ancient Darkness.  I felt a complete idiot for not reading her before, but have to say, that on the one hand I'm not sorry because I went into Dark Matter with no idea what to expect - both in story / narrative and writing style.

Jack's story is one of an outsider trying to fit in with a crowd of ambitious wealthy young men who are occasionally so wrapped in their lofty ideals that they sort-of forget that not everyone had the opportunities offered to them in the same way they did.  So, although they take to Jack, there is evidence of the social gap between the group and Jack. Jack being a serious and studious type of person, internalises this quite a bit and it is through the intimacy of his diary entries really give us the opportunity to get to know Jack very well indeed.

We realise he is at heart a good guy and not as stiff and socially awkward as he may seem.

What I really enjoyed about Ms. Paver's writing is how finely plotted Dark Matter is.  Every bit of information revealed, every bit of foreshadowing we are handed, is plotted just so, for maximum effect.  As one incident leads to another, until we are left with only Jack at the remote outpost, we never ever doubt the validity and credibility of the story.  It is all real.  It feels real.

Ms. Paver excels at scene setting and I can only imagine what it must have been like for her writing so deeply from her character's perspective.  I know that as a reader I struggled returning to my real world when I had to put the book aside to get up and make tea to continue reading.  It is very unique for me to be able to sink into a novel and feel totally immersed, so that it feels as if you are there.

As Jack's life at the outpost becomes more and more insular, he finds himself bonding with the pack of dogs they brought as part of the expedition.  We know how lonely he is, so that when anything happens, our thoughts are immediately drawn to him and we worry about the dogs - will they survive the storm and the creature that lurks in the snow and darkness?

I can go on and on about this book.  It resonated with me and made me feel deeply uncomfortable - I will never be able to go out after dark in the snow, without feeling something watching me.  This is creepy horror given a new breath of air and by doing so, giving us a brand new amazing author in the genre, lifting the genre from the splatter-gore to something darker, meaner, and far more scary.

And, to be fair, before you ask, the ending is just right.  There is resolution and it is done well and you don't end up thinking that you've been cheated out of something that could have been so much more.

I'm not the only one who has enjoyed Dark Matter - I've noticed people mentioning their reviews and praises for this all over the review-o-sphere.  I am incredibly pleased that this is the case as I really do feel that Dark Matter is something very unique.  This is the perfect present to yourself now that we're going into winter and the need arises for darker, scarier reads.  Trust me: you won't be sorry.

This sounds great! Thanks for your review as I don't think I'd heard of it before.