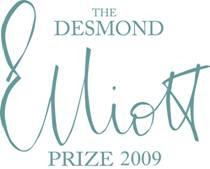 The judges for the Desmond Elliott Prize 2009 are announced today, Tuesday 17th March 2009. Acclaimed author and journalist Candida Lycett Green will chair the panel of judges and is joined by Literary Editor of The Independent on Sunday Suzi Feay and Rodney Troubridge of Waterstone’s.

The Desmond Elliott Prize was launched in 2007 as a biennial award for a first novel published in the UK. The inaugural prize, won by Nikita Lalwani for her novel, Gifted, was so well received that the trustees were prompted to change the prize to an annual award. Gifted enjoyed great critical and popular success and went on to be named as one of The Observer’s Books of the Year.

The prize was inaugurated in honour of publisher and literary agent Desmond Elliott, one of the most charismatic and successful men in this field, who died in August 2003. He stipulated that his estate should be invested in a charitable trust that would fund a literary award “to enrich the careers of new writers”. Worth £10,000 to the winner, the Prize is intended to support new writers and to celebrate their fiction.

Candida Lycett Green, who was represented by Desmond Elliott, comments: “The Desmond Elliott Prize for Fiction is a wonderful celebration of new writing talent. The emphasis on original fiction reflects Desmond’s passion and I and all the judges are delighted to be involved in such an exciting and worthwhile prize.”

The judges will look for a novel of depth and breadth with a compelling narrative. The work should be vividly written and confidently realised and should contain original and arresting characters. Books will be considered from all fiction genres, as illustrated by the 2008 longlist which included Child 44 by Rob Smith, Random Acts of Heroic Love by Danny Scheinemann, The Outcast by Sadie Jones, Sunday At The Cross Bones by John Walsh and The Truth About These Strange Times by Adam Foulds.

This year’s longlist of ten books will be announced in late March, followed by the shortlist of three books in May. The winner of the Desmond Elliott Prize 2009 will be announced on Wednesday 24 June at Fortnum & Mason, Piccadilly, London.


Candida Lycett Green (Chair) is the author of sixteen books including English Cottages, Goodbye London, The Perfect English House, Over the Hills and Far away and The Dangerous Edge of Things. Her television documentaries include “The Englishwoman and the Horse” and “The Front Garden”. She has also edited and introduced her father John Betjeman’s letters and prose in three volumes, to critical acclaim. She was a commissioner of English Heritage for nine years, is a member of the Performing Rights Society through her song-writing lyrics and has been a Contributing Editor to Vogue since 1987. She was part of the original team who started Private Eye and has written a regular column called Unwrecked England for The Oldie since 1992.

Suzi Feay is a journalist, broadcaster and critic specialising in books, theatre and the arts. She has judged the Whitbread Novel Prize, the Impac Prize, the Geoffrey Faber Memorial prize and the Orange New Writers Prize, and was chair of judges for the National Poetry Prize in 2002 and the John Llewellyn Rhys prize in 2007. She is currently Literary Editor of the Independent on Sunday where she has been since 1997.

Rodney Troubridge began life as a bookseller eighteen years ago with the chain Dillons in a long-defunct branch in Kensington High Street. Dillons turned into Waterstone's and, aside from a brief spell at the Pan Bookshop, he has stayed with the chain and now works at their head office in marketing. Apart from reading, his leisure interests include walking in overseas countries and classical music. He usually reads about ten books a month and is in the fortunate position of receiving proofs of forthcoming books from publishers.

For updates and news, please see www.desmondelliottprize.com
Who wrote this? Liz at 10:38 am