**Winner of Book To Talk About Revealed** 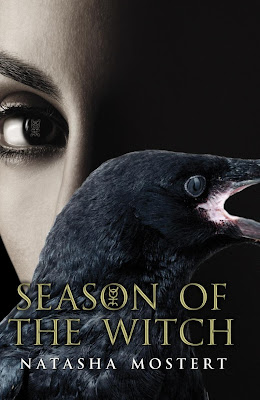 I am SO incredibly excited (and proud) to announce that Natasha Mostert has won the Spread The Word poll for her book Season of the Witch!!!!! Thanks to everyone from MFB who voted for her.

I just received the news via the Bookseller email and have liberally copied some of the text below:
***
More than 8,000 people voted online – in the World Book Day poll - on the "talkability" of a list of 50 titles selected by a panel of judges. The titles were then whittled down to a shortlist of ten at the end of January.

Mostert secured 25% of the public vote to win the poll and received a cheque for £5,000 at a ceremony in Waterstone’s Piccadilly, London, on WBD. Season of the Witch is published by Bantam Books.

Mostert said: "The premise of Season of the Witch is that twenty-first century man is losing his ability to remember because of all the technological tools at his disposal.

"We can hardly remember our own mobile phone numbers. In contrast, our ancestors had muscular memories: Simplicius was able to recite Virgil backwards. Seneca the Elder, who was born in 54 BC, was able to listen to a list of two thousand names and then repeat them in exact order."

The central character in Season of the Witch, Mostert’s fourth novel, is computer hacker Gabriel Blackstone who is able to see into the thought processes of others. He is reluctant to use this gift until he is contacted by an ex-lover trying to track down her step-son. Blackstone’s journey leads him to Monk House and a mysterious adventure in the occult.

The ten short-listed books were:

How good is this for Natasha? The book is simply brilliant and I would urge everyone to go out and buy a copy. Not just that, but there is also a film-deal on the cards for Season of the Witch! This liberally stolen from Between the Lines: Film rights for the fantastic gothic thriller, Season of the Witch by Natasha Mostert, have been sold to Allotria Films. Andrew Davies has written the script and James McTeigue is slated to direct.
Who wrote this? Liz at 9:53 am