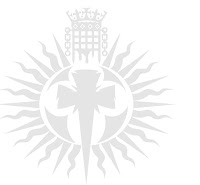 A Downing Street spokesman was today forced to admit to the existence of a secret department within the British government. Rumours about Department 19 have been in circulation for many years, but previous governments have consistently denied its existence. Publication of a “tell all” book today by HarperCollins, which exposes the inner workings of the highly classified department, led to the government’s admission. The book, believed to have been written by a former employee of the organisation, under the pseudonym Will Hill, is called simply Department 19.

According to the author, Department 19’s brief is to investigate supernatural occurrences. Staffed in part by former Special Forces operatives, they are equipped with hi tech weaponry including ultraviolet light pistols, pneumatic guns and advanced explosives. The government spokesman would not confirm the particulars of the work that these special operatives are currently engaged in, but there are suggestions that an unexplained explosion off the north east coast last week can be traced back to Department 19.

Asked whether the Department 19 operatives were trained to track and capture or destroy supernatural beings, including vampires, the spokesman said “I could not possibly comment”.

MFB have uncovered some "Department 19" propaganda.  We are doubtful that any one would be fooled by this. It is clearly part of some brainwashing scheme that the covert operatives in the alleged Department 19 is forced to endure.  We ask ourselves: if they are in fact real, why have we only heard about them now?

﻿
﻿
﻿﻿ ﻿Having had the opportunity in the past to meet with some of these so-called "operatives" at a secret location late last year, Team MFB are convinced that this is some kind of hoax the Government has perpetrated in order to draw attention away from the current political and social unrest in Great Brittain.   But, having said that, we can assure you that "Will Hill" knows how to spin a trendly little yarn for today's teens.
Mark is convinced that we are being given exposure by all these authors to supernatural creatures "living among us", in order to prepare us for the inevitable invasion.  I think it is unlikely - we would have heard something by now.  No one has the power to stop the signal and the truth!  And personally, Sarah and I believe in biker-boots for stomping and big guns and cricket bats.

Fantastic lol
I loved Department 19 even if it was a bit gorier than I normally read :D

My theory is that all urban fantasy (YA or otherwise) is written by a dedicated government department to draw attention away from their real operations. Blog posts like these merely lend extra credence to the cover story.
You know I'm right ;o)

I was looking at the cover of that today in the book shop. I didn't realise what it was about. It sounds utterly brilliant.

Is Department 19 actually real? It looks like an awesome book if the story is real.

If the theory isn't real then what is department 19 actually?? Hmm now that's something to think about