Will Hill talks to MFB about his Horror Influences

All joking aside, we are very proud to support Will and Department 19. We are also very proud to be part of his official blog tour. And a big thanks goes out to everyone at HC publicity for getting this all done. And also to Mary Byrne for being such great fun to work with.

When the invitation came to attend this top-secret unveiling at the War Rooms, Mark and I had no idea what to expect. The letter came in a brown envelope with this WWII typeface. The letter itself was in a thick cream envelope sealed with this waxed seal: The letter itself, similarly written in this old-fashioned typewriter style urged us to not tell anyone about the invitation and that operatives would later be in touch. It also cited the Official Secrets Act...

It was great fun being part of  something a company worked so hard on and then, unexpectedly, we met this young guy at FantasyCon late the one night, after probably too many drinks. I noticed this cool tattoo on his arm and thought: it looks a bit familiar. Then Mark turned to me and said: THIS is the guy. And I went: What guy? And Mark goes: THE guy? The author. The event we're going to NEXT week at the War Rooms. And I went: OMG, serendipity is thy name. Needless to say we tried pumping Will for info about what he had written and no matter how much boozy things we bought him, he did not cave.  Well, not really.

We chatted till the small hours of the morning and knew that Will was one of us: a geeky kid. His influences were the same things we watched and loved. So it gives us great joy to host this first leg of the blogtour on MFB, with Will chatting to us about his Horror Influences.

Take it away, dude:


***
Department 19 is pretty obviously influenced by Dracula and Frankenstein. In fact, influenced doesn’t really do it justice – it’s fair to say that without the two great horrors of the nineteenth century, it wouldn’t exist at all!

But while I was writing it, and in the years before when I was thinking about it, when it was percolating in the back of my head, I was influenced by far more than just those two classic works. Here are a few of the films, books and characters that led me to write Department 19…

I always say Jaws when I get asked this question, partly because it’s my favourite film of all time, and because I think it’s an almost perfect piece of cinema. But because it’s far more than just a horror film – it’s also a thriller, and an analysis of small-town politics, of class prejudice and family dynamics – I’m going to go with John Carpenter’s original Halloween.
This shouldn’t surprise anyone – Jamie’s surname is not a coincidence! The iconic, much copied opening of Halloween, where young Michael Myers murders his sister, is, to my mind at least, one of the most unsettling sequences ever committed to film – that sense of horror invading normal life, for reasons that are difficult, or even impossible to understand, is very much what I was going for with the prologue of Department 19.

There have been very few straight horror TV series in the last couple of decades, and the ones that have appeared have tended to not last very long – horror is by its very definition challenging, and uncomfortable, and the major networks on both sides of the Atlantic tend to prefer not to ask that much of their audiences. Of the ones that did make it to the screen, I loved the The X-Files, although it’s more SFF than horror, and Carnivale and Supernatural. But there’s only one answer to this question, really – Joss Whedon’s epic, masterful Buffy The Vampire Slayer. 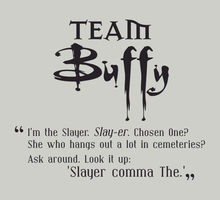 Yes, it was about a cheerleader who killed vampires, yes it was pre-watershed and aimed squarely at teenagers, but the people who derided it for those reasons missed out on some of the finest writing, plotting, acting and directing of the last twenty years. Effortlessly imaginative, brilliantly funny and witty, genuinely scary, and set in a world where people really die, where grief and loss are real and don’t disappear at the end of the episode, it was a masterclass in long-form drama. It belongs, in my humble opinion, in the same league as The Sopranos and The Wire, and remains my favourite TV series of all time.

There are more than a handful of horror novels that I’ve read repeatedly, and that I know I’ll read again one day – The Books Of Blood and Weaveworld by Clive Barker, Heart-Shaped Box by Joe Hill, Meat by Joseph D’Lacey. But there’s one novel that, for me, towers over all the others – Stephen King’s It.

When I was writing Department 19 I spent months working out the backstory of the titular organization, because I wanted it to feel like it lived and breathed, like it had a history that pre-dated the story in the book, a history that informed the present. In It, Stephen King does the same, but for an entire small town in Maine. As a piece of literary construction it’s nothing short of miraculous – the story jumps between two parallel quests involving the same characters thirty years apart, as well as the dark, bloody history of Derry, a town with a terrible secret underneath it.

But it’s far more than a literary exercise – the enormity of King’s ambition is matched by the brilliance of his writing. He is, as far as I’m concerned, the finest writer of children around, and this extremely rare skill is unleashed here – the seven children around who the story revolves are potentially my favourite literary characters; they live and breathe, they play and bicker and fight, they face unimaginable horror and they stick together, because that’s what you do for your friends. It’s just a stunning, stunning novel – it’s more than 1000 pages long and I reckon I’ve read it fifteen times, at least. That should tell you how good I think it is…

This is incredibly difficult, and I warn you now that I’m going to cheat a little bit here. There are so many characters from the world of horror that I love – Bill Denbrough from It, Buffy Summers and Xander Harris from Buffy The Vampire Slayer, Gentle from Clive Barker’s Imajica, Roland Deschain from Stephen King’s Dark Tower series, to name just a few. But a huge part of what excited me about writing Department 19 was the opportunity to use some of the greatest characters from the history of literature, regardless of genre. Dracula looms large over Department 19; he is the reason it was founded in the first place. But another classic character plays a far more central role in the story. 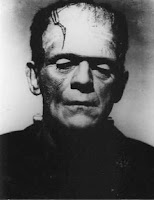 Frankenstein and his creation are just flat out brilliant characters, and the cheat is that I’m choosing them both. But they are almost indivisible; the complexity in Shelley’s original novel, the heartbreaking motivations of both the creature and the scientist, make the novel so much more than just a horror story, even though Shelley herself was surprised, and even somewhat disappointed, at herself for having dreamt up such a gruesome tale.

The novel’s central concept is the definition of humanity; can the creature be considered human despite the circumstances of his ‘birth’ and can Frankenstein be still considered merely human following his mastery of life and death, or has he ascended towards the God-like? It’s powerful, thrillingly intelligent stuff, and it hinges on the beautiful dichotomy between the creator, for whom the creature represents his greatest achievement despite the evil things it has done, and his creation, a being that wants nothing more than to experience companionship but finds only fear and rejection. The mutually destructive nature of their relationship, the way each comes to define the other, leads to one of the great endings of horror literature, an ending that left me wondering ‘what if?’ and led directly into the genesis of Department 19.

Please check out the banner below for the rest of Will's tour:

That was definitely serendipitious!Will sounds like a fab guy and I can't wait to read the book!

What a fun blog post! I can't wait to read this book, I've heard such good things about it.

Have to agree with Buffy, one of my favourite ever shows.

Awesome post. Liz you are so cute.
Department 19 is awesomeness in book form. I dont think of myself as liking horror but I <3 Department 19 and Buffy so does that count lol