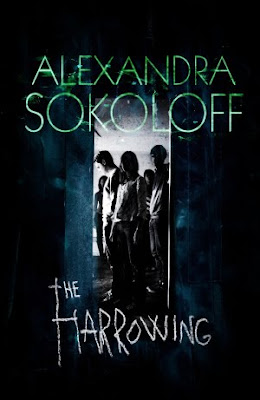 Baird College’s Mendenhall echoes with the footsteps of students heading home for Thanksgiving break and Robin Stone, who won’t be going home, swears she can feel the creepy, hundred-year-old residence hall breathe a sigh of relief for its long-awaited solitude. As a massive storm approaches, four other lonely students reveal themselves to Robin: Patrick, a handsome jock; Lisa, a manipulative tease; Cain, a brooding musician; and Martin, a scholarly eccentric. Each has forsaken a long weekend at home for their own secret reasons.

The five unlikely companions establish a tentative rapport, but they soon become aware of another presence disturbing the building’s ominous silence. Are they the victims of an elaborate prank, or is the energy evidence of something genuine - something intent on using them for its own terrifying ends?

There's nothing quite like the inherent creepiness of a large, dark building when you're all alone.. when you sit there convincing yourself that the creaking noise behind you is simply the house 'settling for the night'.. that the movement you just caught out of the corner of your eye was really the cat coming in.

Now hold that feeling, and transpose it to a motley collection of college students marooned in an otherwise empty residence, watching as a storm rages outside, the only consolation the fire licking away in the fireplace. It's a classic setting, and a ripe environment for what the old ouija board unlocks.

It takes a couple of chapters for the story to find its stride, but after this initial stutter, it all starts to come together much more fluidly. The characters are a bit archetypal, but their interactions hold up enough to compensate for this. The chill factor is always there, lurking in the background, gathering itself for the moment when it slips its mask and, like the characters, you realise that things are not quite what you thought they were.

It's a truly interesting hook that Alexandra has used as the core premise of the story, a little nugget that makes you think, an echo of the story that bounces around in your thoughts long after you've slid the book back onto the shelf.
Who wrote this? Mark at 10:30 pm

I could have sworn it was here that I read a review of this book before, but obviously not. Anyway, I think this book sounds great! It's exactly the sort of thing that would spook me - our house is always making noise, and the fact we live in the middle of nowhere is not reassuring.
It's been added to my wishlist, thanks for the great review!