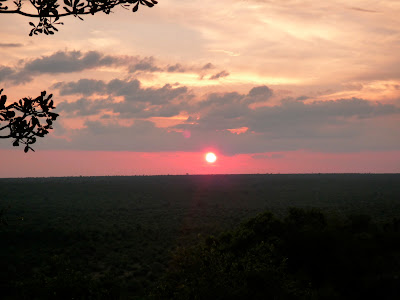 Is it really that time of the year again? Yeesh. It's been one helluva year all round. Between the daytime job and finishing the first draft of my manuscript (wooohooooo!) I've realised that I haven't read as much as I'd hoped to at the beginning. But that realisation is tempered by knowing that the books I have managed to tackle have been real brain candy and wonderfully entertaining.

The Enemy by Charlie Higson was a fantastic, zombie infested treat that combined relentless tension, take-no-prisoners action and followed a strong cast of young characters as they sought to survive in the shell of a London brought low by a viral epidemic that turns adults into cannibalistic killers.

I discovered Horns by Joe Hill, a beautifully crafted story that was impossible to put down once I started reading - not that I wanted to. Ig was always something of a natural born loser, but after a night of drunken rage on the anniversary of his girlfriend's murder, he wakes to find a pair of horns growing from his forehead. As they grow, so does their influence, and he discovers that while the truth may set you free, it comes at a price.

The Black Library has had a storming year and deserves a special mention overall. They've scooped the Gemmell Award, seen three Horus Heresy novels shoot onto the New York Times bestsellers list and have surged ahead with digital and audio releases.

Graham McNeill's 'Empire' took the honours at the 2010 Gemmell Awards - it made my best of 2009 list, and it was good to see that so many others shared my opinion.

Graham grabbed the headlines again when his Horus Heresy novel 'A Thousand Sons' shot onto the New York Times bestseller list, followed by James Swallow's 'Nemesis' and Aaron Dembski-Bowden's 'The First Heretic' (I've no doubt that Dan Abnett's Prospero Burns will follow suit in short order once it's released in January).

It is so heartening to see these dynamic, character driven novels being given some long overdue recognition as so much more than 'just tie in fiction', and my personal quest to get more people to look beyond that archaic stigma will continue into 2011.

Now it's time for a new decade and new books!

Email ThisBlogThis!Share to TwitterShare to FacebookShare to Pinterest
Labels: best of

Horns was an incredible read, so many layers and I loved how he tackled the concept of evil!

Congrats on finishing your first draft. Hope all your dreams come true in 2011