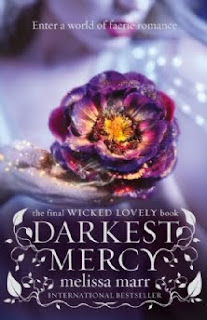 Synopsis
The Summer King is missing; the Dark Court is bleeding; and a stranger walks the streets of Huntsdale, his presence signifying the deaths of powerful fey. Torn between his new queen and his old love, Keenan left Huntsdale to wander aimlessly but after centuries of leading his court it was not long before the reality of being Summer King became too pressing. Violence seemed more inevitable by the day and the Summer Court was not yet strong enough to face conflict, so Keenan made a dangerous deal with the water fey. It is a desperate bargain he makes to strengthen his court against the coming war. Aislinn tends the Summer Court, searching for her absent king and yearning for Seth. She knows she must be a powerful queen to hold her court together, while Bananach becomes more and more dangerous, and she is losing faeries to her. Donia longs for fiery passion even as she coolly readies the Winter Court for battle. Her court is still powerful, but she must remain focused on keeping them that way and not get distracted by Keenan when he shows up at her door again. The Dark Court is thrown into chaos when they are rocked by tragedy. And Seth, sworn brother of the Dark King and heir to the High Queen, is about to make a mistake that could cost his life.

They all know what Bananach seeks – the raven-faery is the embodiment of war and discord. She and her growing number of allies want mutiny and murder. Love, despair and betrayal ignite the Faeries Courts, and in the final conflict, some will win… and some will lose everything. The thrilling conclusion to Melissa Marr’s bestselling Wicked Lovely series will leave readers breathless.
I can hardly bear it. Yet another of my favourite series is ending. This one is definitely final - it even says it on the cover which extinguishes all hope of a sneaky extra one turning up. As the lengthy synopsis has explained, chaos rules the fae at the start of Darkest Mercy which is Bananach's dream. The ruling fae are at odds with each other and isolated when they should be drawing together. Everything is set for a grand finale. I think I've loved this series because of its darkness. Marr's fae can be incredibly cruel and self -centered with very little evidence of mercy at all.
I knew that this would obviously be the book to tie up the million threads that began with Wicked Lovely. I wondered if this would be the book to make me like Aislinn again or to stop getting angry with Keenan. Would Leslie appear? What would happen to Seth? All of these questions are answered and, of course, more. Each of the books has concentrated on the story of a single character prior to this but Darkest Mercy involves everyone. Before I read it I did wonder if this would be Bananach's book but in hindsight I think that could have been a bit too dark. Instead we follow each character in turn starting with Niall and Irial. Niall's descent into darkness and what that means for his followers is probably one of the bleakest moments in the series. I, much like some of the characters, made the mistake of humanising Niall and seeing him as sort of a good guy who sometimes does bad things. In Darkest Mercy I was forced to see him for what he was - a cruel fairy before everything else.
I must say that I fell in love with Aislinn all over again in this book. To be fair it wasn't her fault at all that she's been caught between Seth and Keenan but she's tried my patience at points in the series. However, Keenan has gone leaving her to cope alone which she does admirably. She approaches Donia alone and makes difficult decisions - I really was cheering her on throughout. As well as all the old favourites there are some new fae too. Keenan meets up with the water fae who are a brilliant invention being both mysterious and terrifying. I only wish that they had appeared earlier in the series. Also there's Far Dorcha and his sister Ankou whose purpose I won't reveal so as not to spoil the plot.
I found this last instalment really enjoyable. In fact I think there's so much material there that Melissa Marr could quite easily have carried on. I also loved the epilogue, it may not be for everyone but I thought it was the perfect way for to bring the story to a close. I don't want to say more and have tried to give a spoiler-free review for a change. The writing is beautiful too and I'm just glad that, although I'll miss the world of Huntsdale, there's more to come from Melissa Marr this year.
Who wrote this? Essjay at 7:30 am