Avon calling: the rise and rise of a new fiction imprint 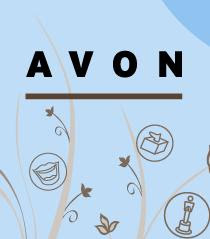 You may recall that I did the review for Scott Mariani's excellent book, The Alchemist's Secret, published by a newly created imprint of Harper Collins called Avon.

Well, Avon's just celebrated their very first birthday and I thought it would be a fun thing to pester them for a bit of a "press" release about who they are and where they are going. This is what I received from them:
Since it hit the UK publishing scene a year ago, Avon has seen thrilling growth and is now the most successful fiction imprint to have been launched in the UK for over two decades.

Launched in July 2007 by former Tesco book buyer Caroline Ridding and HarperCollins Editorial Director Maxine Hitchcock, Avon specialises in publishing commercial, accessible women's fiction and crime and thrillers, with a focus on the UK’s fastest-growing sales channels. Avon has gone from strength to strength in its first 12 months and now boasts a stable of titles that includes 3 Sunday Times bestsellers, numerous Heatseekers and an exclusive book club with Closer, one of the UK’s bestselling women’s magazines.

2008 sees Avon consolidating their position as a fast-growing, fast-moving company and their output will grow from 33 to 42 titles, including a move into non-fiction with Undercover: the Adventures of a Real Life Gigolo set to raise pulses everywhere in Autumn 08.

In addition, Avon are discovering that crime definitely pays, as Spring 09 sees the release of a haunting, multi-layered thriller from New York Times bestseller Laura Lippman, a nail-biting novel set on the mean streets of Manhattan from James Lee Burke’s daughter Alafair and former James Patterson co-writer Peter DeJonge’s debut novel.
This is Avon's website. I find it thrilling as a reviewer and booklover that new imprints are being established by large publishing houses. It gives new authors a platform and opportunities to become known and it gives readers an opportunity to get to know new authors and discover established authors brought over from the States and Europe and further abroad.

Avon also has some tremendously fun competitions on their site, so do keep an eye out!
Who wrote this? Liz at 9:42 pm