The Lady Of the Shelves

I woke up this morning with the urge to tidy. And the biggest task to tackle was that of my various bookshelves and the hordes of books that have grown up in these little piles under the coffee table in the lounge, on the chest next to the couch, infront of my guitars, next to the tv and the speakers for the surround sound. In fact, I had this sense that Mark was about to rake at his hair in despair and using his DND Manual create a room of holding of some sort that existed in the never-never. He likes things tidy. I thrive in chaos. We compromise when it comes to the shelves.
I've already had a culling a few weeks ago with the culled books going to a school fete that was held locally. This allowed me some space for the new books that had arrived from my lovely publishers. The books that went to the fete were much loved, I regretted seeing them go, but I knew that I've had the majority of them for a long old time (three to five years) and I have not re-read them so they all needed a new home. If our house was bigger, one room would be filled with books and I would have professionals in to do the shelves and such.
However, back to the chaos: let the picture show begin! 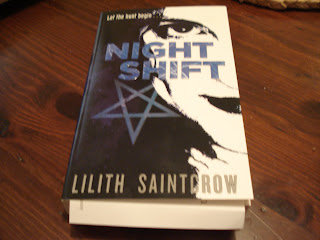 My treasure from Orbit - thanks Sam! - the newest Lilith Saintcrow book which arrived a few weeks ago and which I devoured ravenously. Yum, tasty! 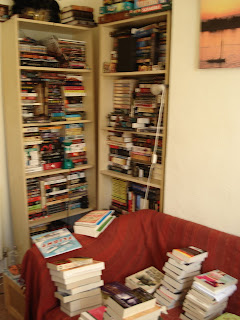 The two bookshelves in the corner and the most recent arrivals, partly seen, packed on the couch, waiting to be allocated space. 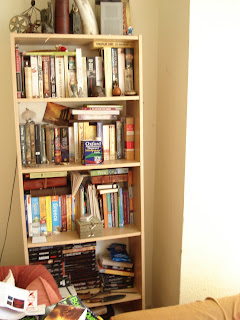 Ah yes, the haphazzard bookcase which has our travel journals, some historical fiction and non-fiction piled in there, along with all of Mark's Warhammer and Abaddon books. 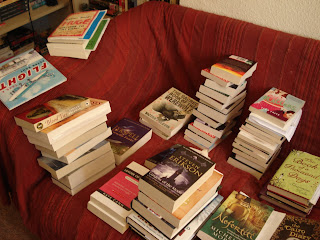 Closer view of the newbies looking for a home. I think I should become a puzzle maker. I managed to fit them all on the open shelf space and on the chest. By publisher. *beams* 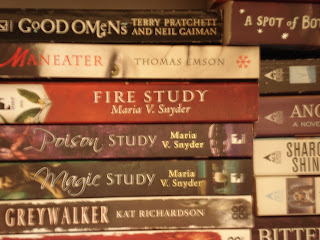 Woot! My copy of Fire Study - not yet released in the UK - a lovely treasure which Maria V Snyder sent me because I forwarded a UK magazine onto her which had a review of Magic Study in it - fortunately for me but unfortunately for her, she could not buy the magazine online. Also note my collection of Sharon Shinn books, and you can just see the title of Kelley Armstrong's Bitten. And there, ontop of them all, the gods themselves, Terry Pratchett and Neil Gaiman's Good Omens - signed by Terry Pratchett when he visited South Africa about...nine or ten years ago. Actually, I just checked it...it was in 1996! Yikes. 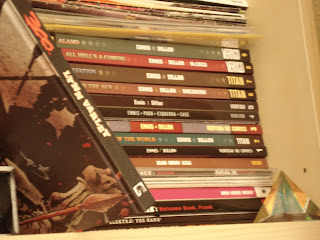 Some of graphic novels - yes, the pic is a bit blurred from me being shaky - with 300 by Frank Miller and illustrated by Lynn Varley being the most prominent. I couldn't fit my massive Sandman in and when I tried, I shook too much. Sorry. 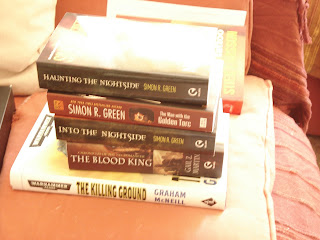 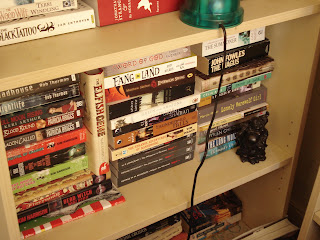 Just visible is Sam Enthoven's excellent Black Tattoo - I get to do an interview with him soon! Watch this space. Also just visible are my Rob Thurman books. Hmmm Cal and Niko...tasty! 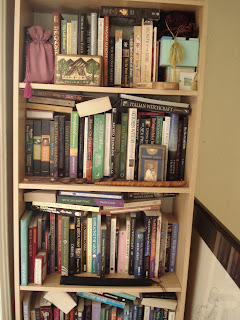 My hugely untidy non-fiction shelf packed full of books on myths, legends, witchcraft, tarot, runes, wicca, paganism, christianity, kaballah and various other religions and other esoteric books. Visible is my beautiful yew wand made by the amazing John Vickery of Wistman's Wands on Dartmoor. And no, I do not delusions of Harry Potter! There is something tremendously primal and mystical about these carved pieces of wood that makes you want to touch them, it is thrilling. The yew wand has a hidden compartment and it is crammed full of pieces of quartz and amethysts. 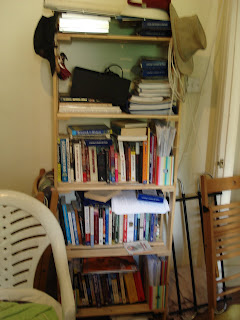 Ah. The room we do not talk about. The world's tiniest bedroom which houses Mark's monstrous computer, my delapidated homebuilt computer and one large bookshelf crammed to the brim with writers reference books, screenplay books, old Bookseller and Writing magazines, baby names books, dictionaries and hats. 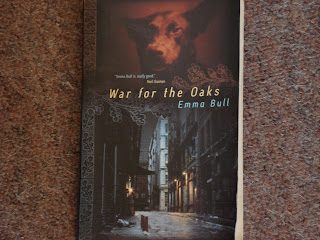 My much loved, much read copy of War of the Oaks. Emma Bull writes the way Loreena McKennit sings. 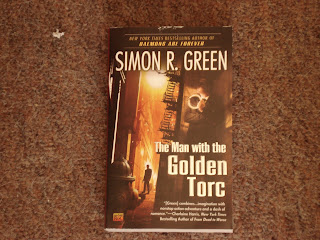 The Man with the Golden Torc - it arrived yesterday from the States! How pretty, eh? 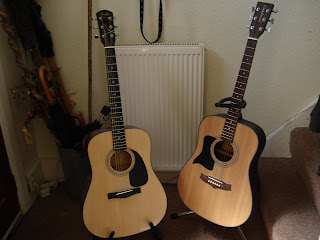 The guitars waiting to be put back in their home. Aren't they lovely? Now, if only I could play 'em! Guitar Hero has a lot to answer for!
And that's it. Thanks for visiting!

Such great bookcases! :) I could look at pictures of books all day. I only have two bookshelves myself (though they are quite large ones) which means I have lots of piles all over the place.

I discovered three books that I'd forgotten about propping up one corner of the guest bed which had sort of, erm, broken.

I've always been unsure about reading Lillith Saintcrow, though that's such a good name that perhaps I should! :D

Morning guys - thanks Rache! Keep any eye out for the parcel in the post - have resent the addresses to the publisher so she is sending the KR books out again.

Chris - can you imagine anyone with a cooler name? It's like the Natasha Rhodes character, Kayla Steele who should actually be a rock star, imho, because seriously, who has a cool name like that in real life?

p.s. I love how you've listed me in your links! LOL!

Dear Kaz - love the fact that you love the books. Beams proudly.

As for the link, naturally we have to "big you up" no end!